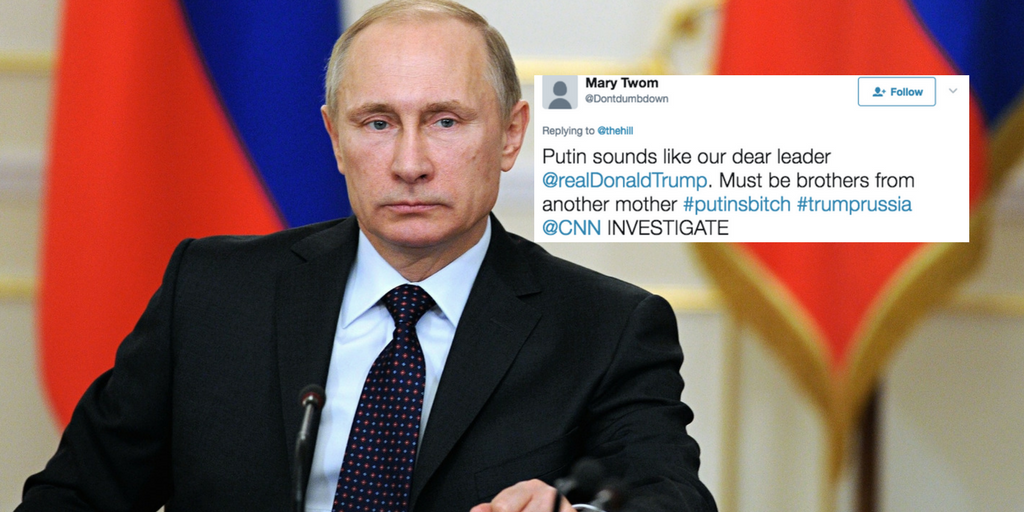 Vladimir Putin, the popular Russian president who is known for his no-nonsense attitude, strongman image and defiantly standing up to the west for preserving Russian national interests, has attracted flak for a sexist remark. Mr. Putin is usually known for his straight talk and not mincing words.

In an interview with Academy Award-winning director Oliver Stone who is known for his documentaries, Putin said that “I am not a woman, so I don’t have bad days” (an indirect reference to menstruation). He also added that I am not insulting anyone but this is a natural cycle.

The interview is a part of Oliver Stone’s upcoming four-part documentary “The Putin Chronicles”.

Social media users are comparing Putin to US President Donald Trump who is known for his sexist jibes, slurs and intemperate remarks.

Putin sounds like our dear leader @realDonaldTrump. Must be brothers from another mother #putinsbitch #trumprussia @CNN INVESTIGATE

Trump and Putin must visit the same locker room.

Trump tweets praise of Putin: ‘I always knew he was very smart'

World leaders many times make such statements which are deemed to be offensive by certain sections. Often it is an unintentional slip-of-tongue of their part or an expression of their subconscious prejudice. It should be better avoided.

And casual sexism should not be normalized at all. It remains unacceptable, no matter who pronounces sexist sentiments and with whatever intention.