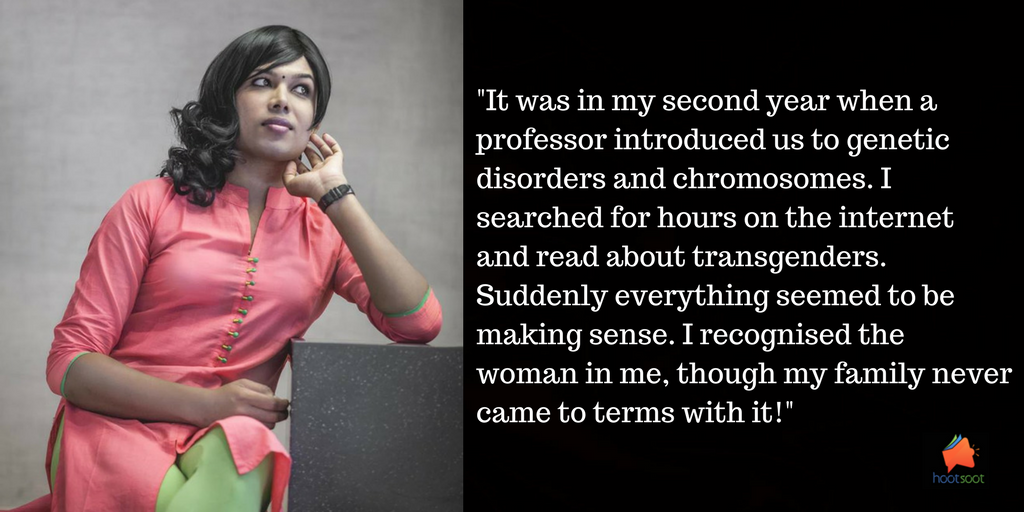 The LGBTQI community in India has too often faced discrimination, harassment, bullying, dehumanizing abuses, and negative stereotypes. A society steeped in norms, traditions and conservatism considers them anathematic and often fails to accord them equal rights and dignity as fellow citizens.

There are initiatives by NGOs, pride parades, campaigns and other awareness programs which are contributing in changing rigid mindsets and attitudes. But we still have to progress a lot to ensure equity.

Amidst this, it is astonishing to hear of a transgender person working as an HR executive in India.

Zara Sheikh, born as Nishant, is an HR consultant in an MNC in Kerala.

Her life story was shared on Facebook by Congress leader and author Dr. Shashi Tharoor who is also an MP from Thiruvananthapuram, Kerala. Dr. Tharoor captioned it as  ‘Remarkable Story’.

Her story first featured on a Facebook page named Being You. She mentioned how she was bullied in school and how her father was disappointed with her. She was highly depressed and understood about trans-sexuality when she was in 2nd year of college.

Incidentally, Kerala is also the first state in India to have an official transgender policy that envisages to end their stigmatization and pave the way for a non discriminating society.

“Be like a man. I heard that so many times growing up. Except all I knew is I loved arts, enjoyed bright colours, and wanted to dress up like the girls.

In school, I was always mocked and bullied by my classmates, some even used derogatory terms to address me. As a child, I would always make friends with the girls, and never played with the boys. My father yelled about it a lot at home. But I never changed. He always told that I would bring shame to the family name someday.

I was always a good student, only seeing the top three ranks in school, until the ragging in college made me withdraw into my shell. My behaviour was so effeminate that anybody and everybody would make fun of me, calling me names and imitating me. At home, I used to secretly dress up in my mother’s sarees, and apply make-up. One day, my father burnt my clothes and broke my makeup box. I still have vivid memories of the day.

It was in my second year when a professor introduced us to genetic disorders and chromosomes. I searched for hours on the internet and read about transgenders. Suddenly everything seemed to be making sense. I recognised the woman in me, though my family never came to terms with it!“