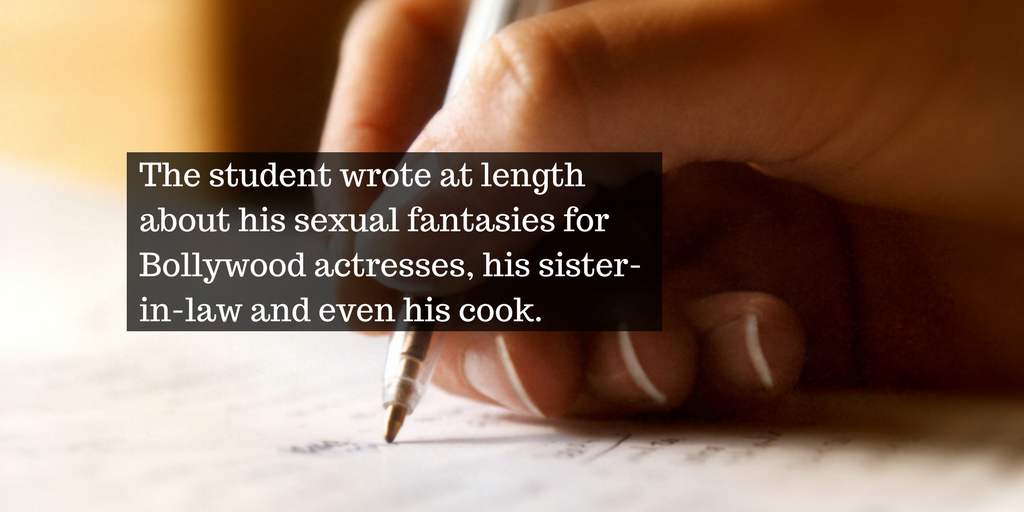 Writing random things in an examination paper in the hope of getting grace marks is not a new thing. No students can deny this fact. Some notorious students have even written movie summaries and Bollywood songs in the examination. But we have never heard anything beyond that till this news report appeared.

The shocked woman teacher who was evaluating his answer sheet reported the paper to the coordinator of the centralized assessment center. A case of cheating has been filed against the student under the board’s provision to penalize students who explicit content in the answer sheets.

The student was summoned before the examination reform committee but didn’t turn up.

“The board has decided to cancel his result and bar him from taking the board exams for one year,” said AJ Shah, chairman of Gujarat Secondary and Higher Secondary Education Board (GSHSEB)