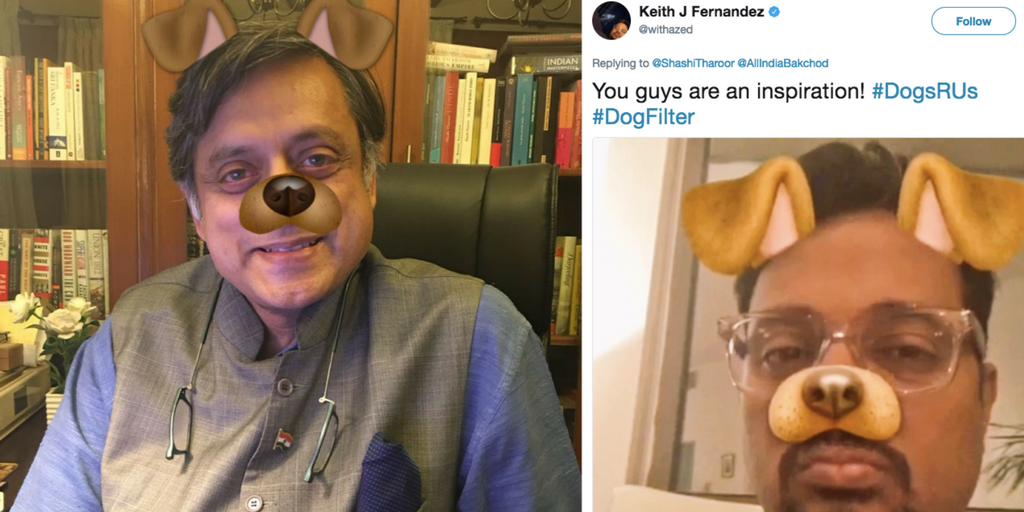 Shashi Tharoor took a dig on all trolls who were super pissed at the Snapchat dog filter being used at PM Modi’s lookalike. Dr Tharoor tweeted a picture of himself with the dog filter and captioned it “attention all trolls”. This was his way to both silence trolls and express support for freedom of expression of AIB.

The controversy around the YouTube comedy show AIB has become quite intense. No one would have thought that an FIR would be lodged against the comedians just because of a light hearted, humorous photo. Die hard supporters of PM Modi took offense at the pic and called for an FIR. The post was taken down by AIB, but its co-founder Tanmay Bhat tweeted that he will continue making jokes, and deleting them if required. But he doesn’t care what anyone thinks.

Sigh! I promise you Modi will not be upset by an internet meme. He's busy. He's Prime minister of India, not president of America.

10 reasons why millennials hate watching TV; all the points are relatable AF