No jobs, toxic air, climbing cost of living – what lies ahead for the 600 million strong Indian youth

Can we expect anything good out of the mess we've landed ourselves in?

About 600 million of India’s population is under 25 years of age. No other country in the world has these many young people. A recent report by the National Sample Survey Office (NSSO) revealed that in 2017-18, the unemployment rate in the country was the highest in 45 years. A staggering 6.1 %. Most Indian cities breathe “very-poor” air risking their longevity and prospects of a healthy life. Meanwhile, the cost of living is constantly climbing leaving the ambitions of the young and hopeful seriously compromised. So, to put it precisely, there are no jobs, we are living in a ‘gas chamber’ and are paying an unrealistic price to do so. What then, should we collectively do to lead slightly better lives?

To start with, we should start talking more about politics. Whether you acknowledge it or not, politics is closely linked to the life you lead. When you aspire to lead a good life, with quality education, decent health care, and a handsome paycheck – what do you look for to conjure up that elusive elixir? An executive that actually gives a damn about these issues. If you are rich than you are already at a happy place. As per a study by Oxfam, India’s top 1% population in terms of wealth got richer by 39% as compared to just a 3% increase in wealth for the bottom half of the population. So what do you do if you are born in a poor family? You can’t afford donations for education, exorbitant bills for healthcare and ridiculous rents for a roof over your head. Do you just spend the rest of your life in that bottom half of the population flapping your arms with all your strength trying to step up the ladder?

In a country where stray cows are herded inside school premises whereas children take classes out in the open, there is a lot that can be done to bring about a change. This is also the country where a failing public health system is sending large numbers of people in unimaginable levels of distress. We are also the nation where despite all these gaping issues, we have all the time of the world to discuss the caste origins of the deities we worship or trying to decide on what really makes a citizen a true “nationalist”.

These are reasons enough for why you should pay more attention to what’s happening around you. Keeping aside all that’s not right, we are the world’s biggest democracy. Now, critics might say that democracy is nothing but a form of government between the violence of anarchy and the violence of tyranny, but looking at the positive side of the coin, we choose our leaders. We are the one who should be setting their agendas. We should be making them talk about the issues that matter. We should stop giving a damn when some factions try to divert us on what we as a nation want for a positive change.

When you see a certain Hindu Mahasabha shooting Gandhi’s effigy to “celebrate” his death anniversary and you also see the state government in Delhi sponsoring free education for government school students to help them crack competitive exams, you decide where you want to pay your attention. You want an India with no jobs, heightened frustration, glaring divides, and an insecure populace. Or you are looking for a confident India fearless enough to take on the world hinged on the best education, health, and infrastructure facilities?

Our leaders decide our fate. Fortunately, or unfortunately, that’s for you to decide. Whoever complains about “politicization” of educational institutions, they are actually scared of getting their asses kicked out by a “politically aware” next gen of decision-makers who can weigh in their options pretty smartly without getting lured by stupid issues churned out by insecure political parties. 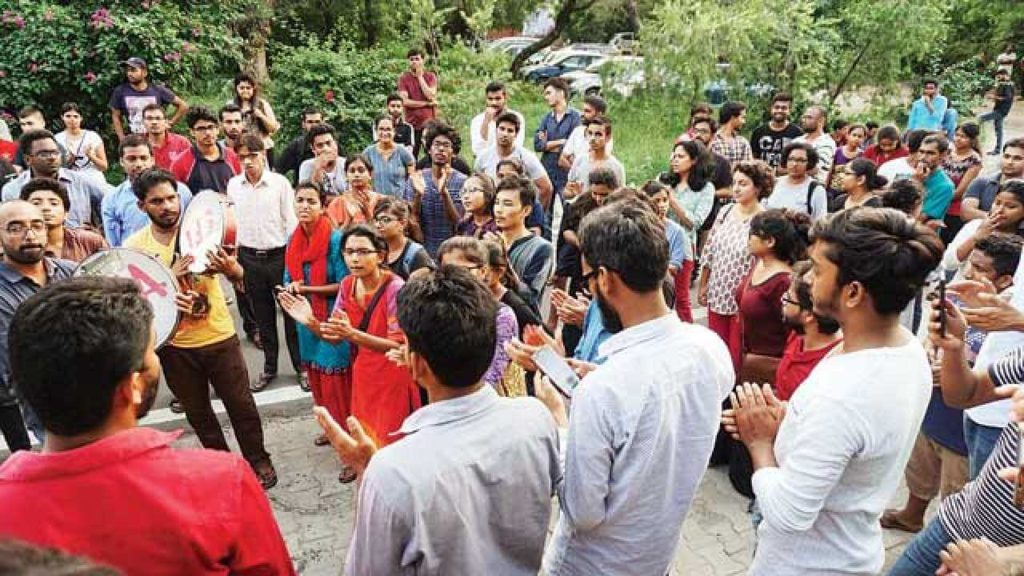 Stop Eating these Unhealthy Snacks at your Work Desk