The amount of criticism and ire Justin Bieber has faced after his Mumbai concert has out shadowed the hype which was built by his PR machinery and media before his arrival. A majority of Beliebers who were present at the ‘live gig’ haven’t minced a word in denouncing the pop sensation for lip syncing on stage. The brand Justin Bieber has taken a major hit.

The DY Patil stadium was jam packed with hysterical fans which included some of the popular Bollywood celebrities including Sonali Bendre, Arbaz Khan, Malaika Arora, Arjun Rampal and Jacqueline Fernandes to name a few. Sonali Bendre even took to twitter to criticize the event management company responsible for the live concert for poor arrangements and was later trolled mercilessly by Bieber ‘diehard’ fans or paid army of his PR machinery.

Truth was that Indian fans were seriously left shocked and appalled after noticing that their hero is actually ‘lip syncing’ his own superhit songs and that too, very terribly. Several media reports claimed that it might have happened due to the heat of ‘Mumbai’. Others said ‘but Justin Bieber also met underprivileged children’. Good for him but what it has to do with the concert? Sona Mohapatra has a brilliant response to this logic

First of all, I doubt the underprivileged even know you Bieber. Secondly, you should've spent that time doing a proper sound check instead?

And an abrupt news broke next day that the pop idol left India immediately after the show due to smoldering hot weather of Mumbai. Or probably he knew that he has fu**** up and it is time to move on; that too in a deplorable state. We wonder whether he was trying to show off his underwear or his butt was under some serious heat. 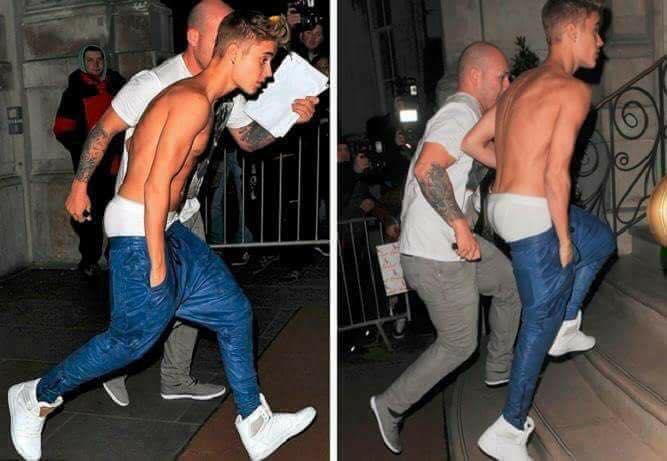 But to be fair to Justin Bieber, lip syncing is not just something which has happened for the first time. From Michael Jackson to Arijit Singh, there are many singers who have used this method religiously to transform their ‘live performance’ into a blockbuster show. They apparently keep switching between their real and recorded voice.

Lip syncing is basically done to enhance the performance because it eliminates the risk of vocal errors. It is also easy to prepare for such shows as it requires very less time for rehearsals and sound mixing. Artists do lip sync during fast paced dance number or in long shows to give their throat the much-needed rest. Indian singers are said to use lip sync to get their low and high notes right; what you hear in between them is their real voice. It is just like recording in a studio; more techno and less reality.

Millenials are crazy about live gigs and never give a second thought to see their favorite singers performing in front of their eyes. This is the reasons that singers today get way more shows than their predecessors. And the more shows they get, the less they prepare. Celebrities just check out the stage a day or few hours before the concert to decide; where they will jump, dance, throw their jacket or pass a flying kiss to the swooning crowd but SING! Justin Bieber probably didn’t do that too!

Sona Mohapatra may be criticizing Justin Bieber right now and having the last laugh but she knows the rules of the game very well. And who knows whether she have or haven’t used this convenient trick in her performances.

All being said, dear all music fans in India; LIP SYNC in live gigs is a modern ugly truth and it is not going to get disappear. Justin Bieber messed up terribly because he was sloshed for obvious or unobvious reasons and was caught doing terrible ‘lip sync’. No F**** would have been given if everything would have gone according to the plan.

Bizarre Ayurveda textbook lesson in Mumbai University: how to give birth to only a ‘baby boy’