Much awaited Marvel Anthem in Hindi was released by A R Rahman at special Avengers: End Game promotional event. 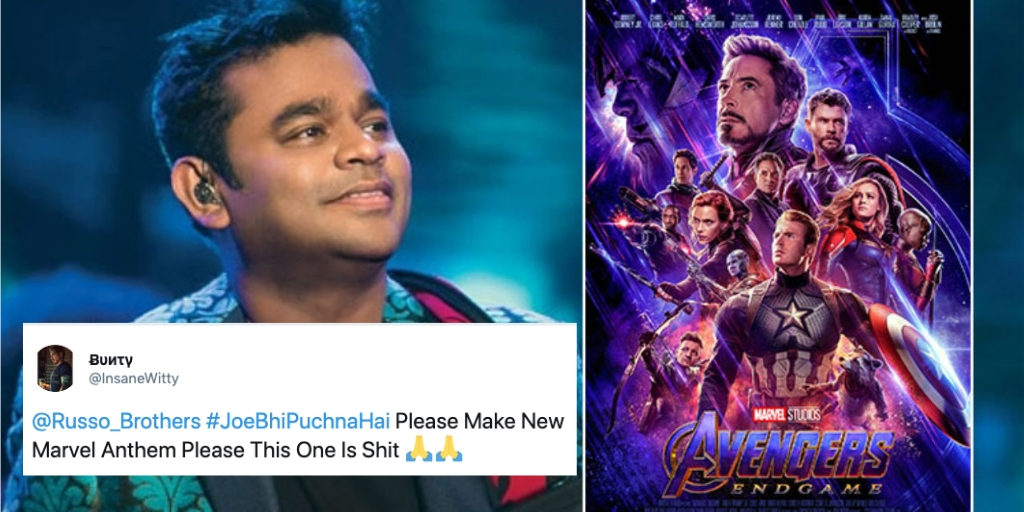 Much awaited Marvel Anthem in Hindi was released by A R Rahman at special Avengers: End Game promotional event. The song was unveiled by Endgame co-director Joe Russo. But Marvel and A R Rahman fans are not impressed with the song. Fans are split over the opinion that whether the song should have been made or not altogether.

“Disappointing” is an understatement. It was nowhere near @Marvel stds, esp Avengers stds. Sounds more like an IPL anthem lol. Now someone plz tell me it was just an April Fool prank by @MarvelStudios,” – Twitter User

Here are some of the reactions which fans shared on Twitter to express their disappointment for Marvel Anthem.

The Marvel 'anthem' for India isn't getting much love from either movie fans or music lovers. here's just a sample from one wa group am on… pic.twitter.com/4IgZDcW2fF

Here is the Video of Marvel Anthem.