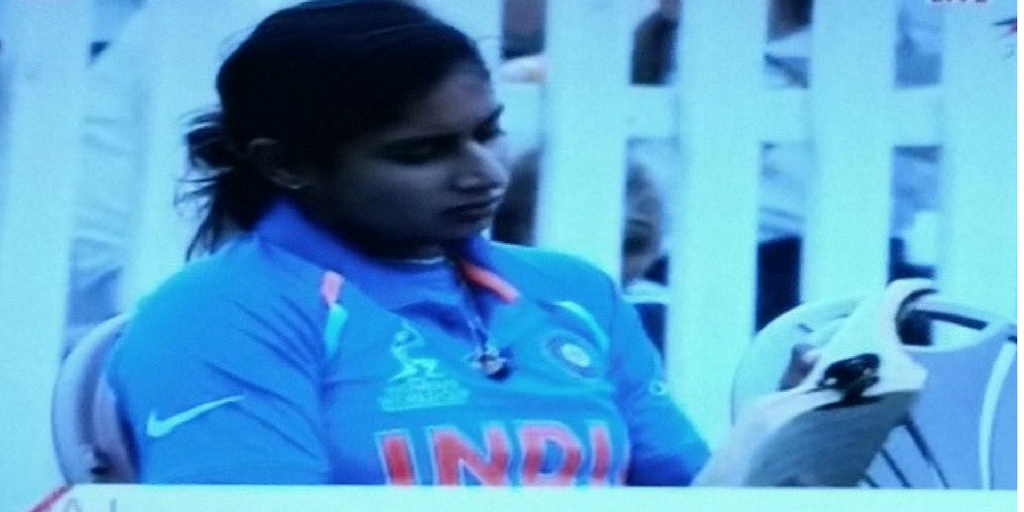 Bibliophiles were left awestruck after watching Indian women cricket team’s skipper Mithali Raj sitting on the sideline of the ground, all padded up, waiting for her turn to bat while reading a book.

India has started its campaign in Women’s ICC World Cup against the host team England. While the match is still on, this incredible and uncommon site has surely left her fans surprised and smiling. Twitter was all praise and impressed over the sight of a player trying to stay calm and focussed with reading a book.

My kind of captain. https://t.co/KyCkyaPoar

Mandhana driving like Sanga while Mithali Raj chills out on the side in her pads reading a book. Give them the trophy. Now. #WWC17

Just to prove her boss status, after kicking back on a chair & reading a book on the boundary, Mithali Raj comes in to bat in a FLOPPY HAT.

Are we becoming a mobocracy which loves lynching at the drop of a hat?