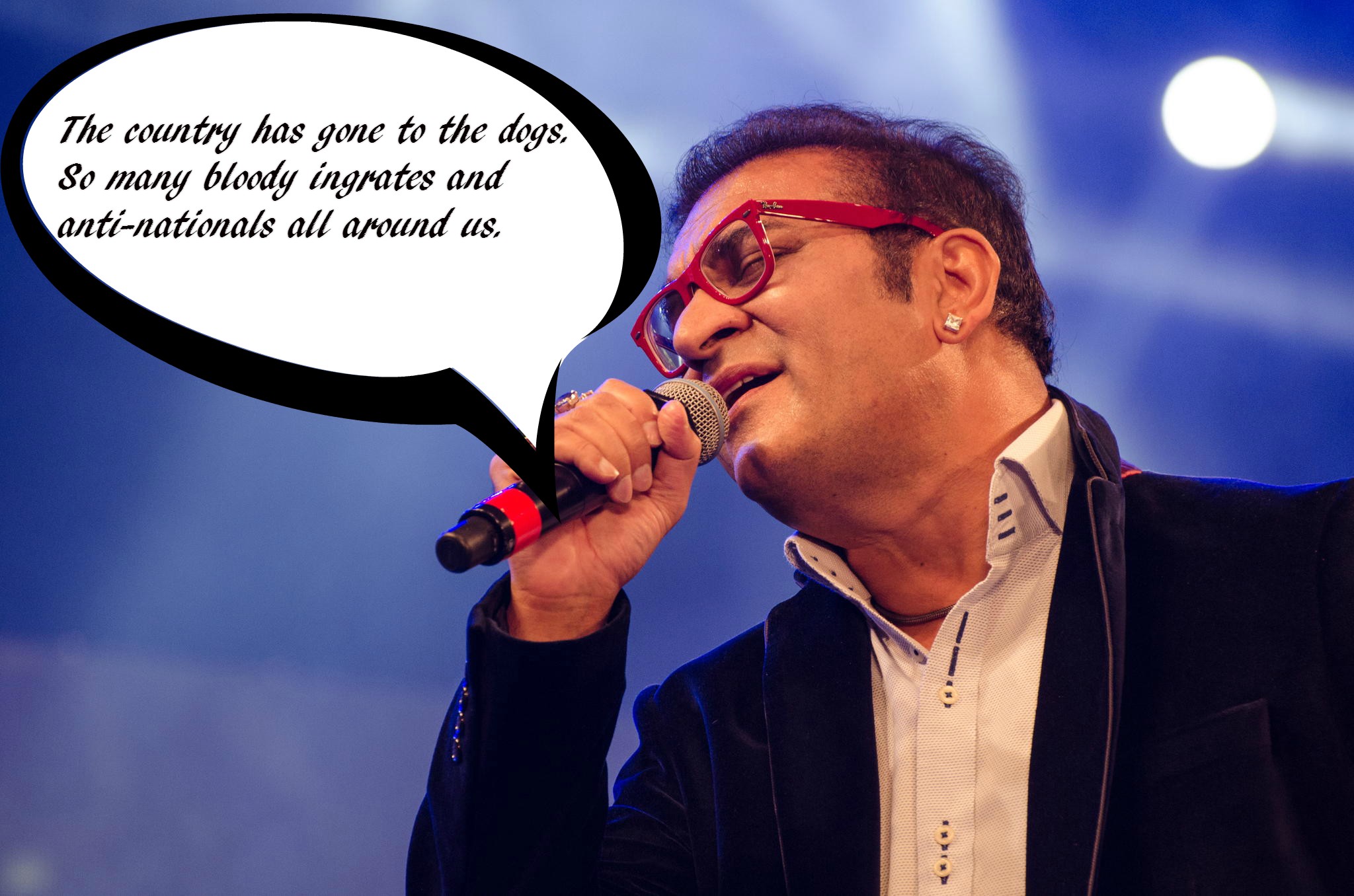 A satirical, fictional conversation between Sonu Nigam & Abhijeet over the recent controversy on Twitter.

Sonu : This is injustice. Absolute dictatorship. We are not even allowed to express our opinions on social media freely.

Abhijeet : The country has gone to the dogs. So many bloody ingrates and anti-nationals all around us.

Sonu : I won’t say anti-national but intolerant extremists who are essentially undemocratic.

Abhijeet : Oh, come on yaar, you don’t have to be politically correct with me. We know what these vermins are.

Sonu : No. There is need for a constructive, open dialogue and understanding the other’s point-of-view as well.

Abhijeet : What view? What point ? Bloody rascals they are.

Sonu : I think it’s not right to use intemperate and foul language.

Abhijeet : What right and wrong ? I don’t tolerate any closet Pakistani who has absolutely no respect for great development maverick PM Modijee and Sanatani Karmayogi Yogi Adityanath jee. These folks should be huddled together and packed off to Pakistan.

Sonu : But is there no way to talk to them ? 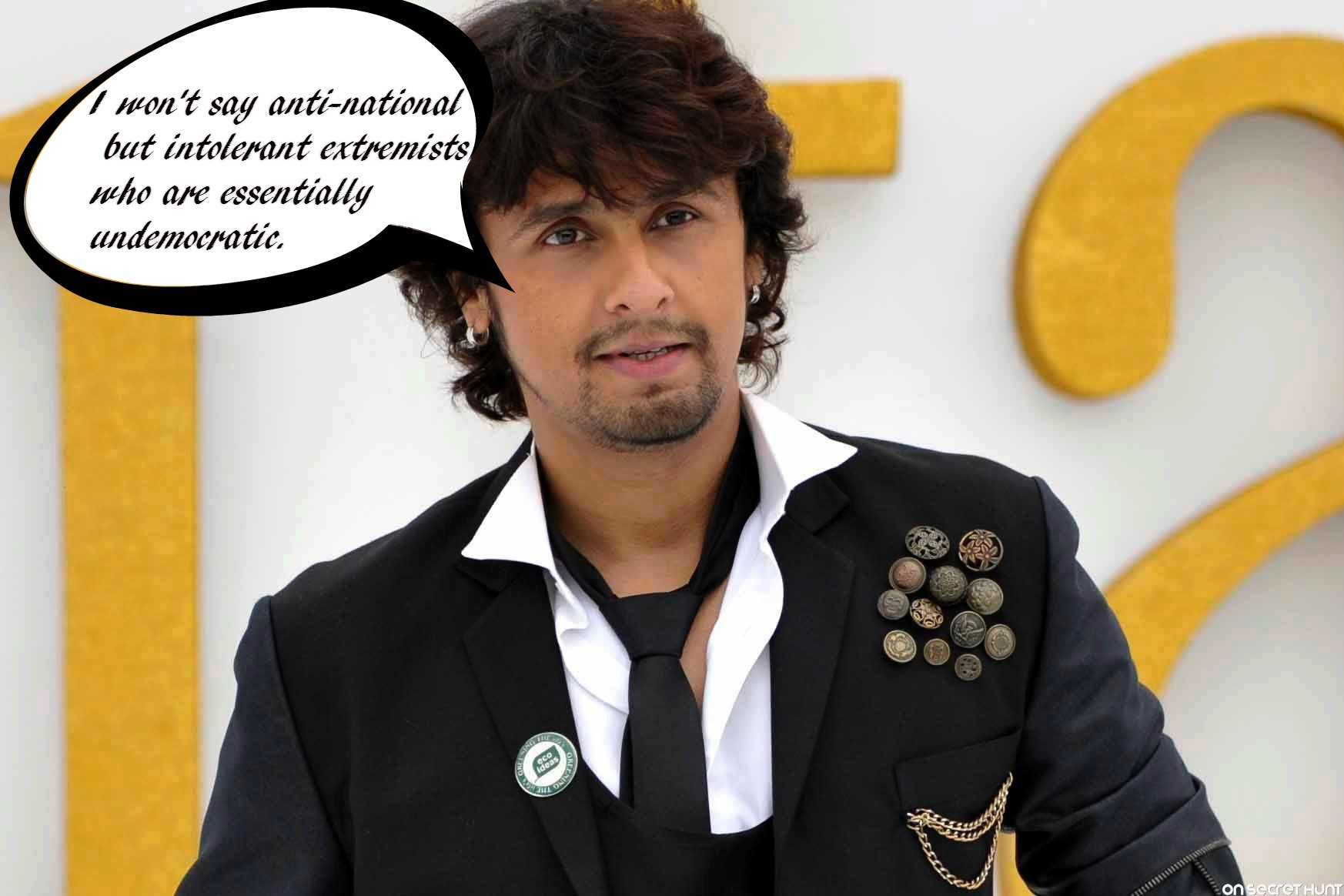 Abhijeet : A B***h shared some article about BJP involvement in sex rackets.

Sonu : This is insane. What bullshit people say.

Abhijeet : Yes. I gave it back to that woman in kind. Questioned her character. Imputed that she is a crooked escort.

Sonu : Your account got deleted just because of this ?

Sonu : This is muzzling of free speech and democratic rights.

Abhijeet : I know. It is my right and privilege to abuse women on Twitter and use all sorts of demeaning, sexualised slurs and derogatory epithets for them. The idiot snowflakes don’t understand zilch about individual liberty and freedom.

Sonu : I am deleting my Twitter account right away. There is a limit to everything. Solidarity with you brother. Let me bid a final Aloha to my fans and followers.

Abhijeet : Thanks for this solidarity. It means a lot to me.

Sonu : But we should respect women and not insinuate something which is tantamount to shaming someone for personal life choices or disparaging them by the use of innuendos and double entendre jibes.

Abhijeet : No one respects women more than us. We respect women and are committed to women empowerment. But there has to be a marked distinction between good nationalistic women and the closet Paki harlots who don’t uncritically endorse our politics.

Sonu : Indeed, we do respect women. I have sang so many devotional songs in the glory of the divine feminine.