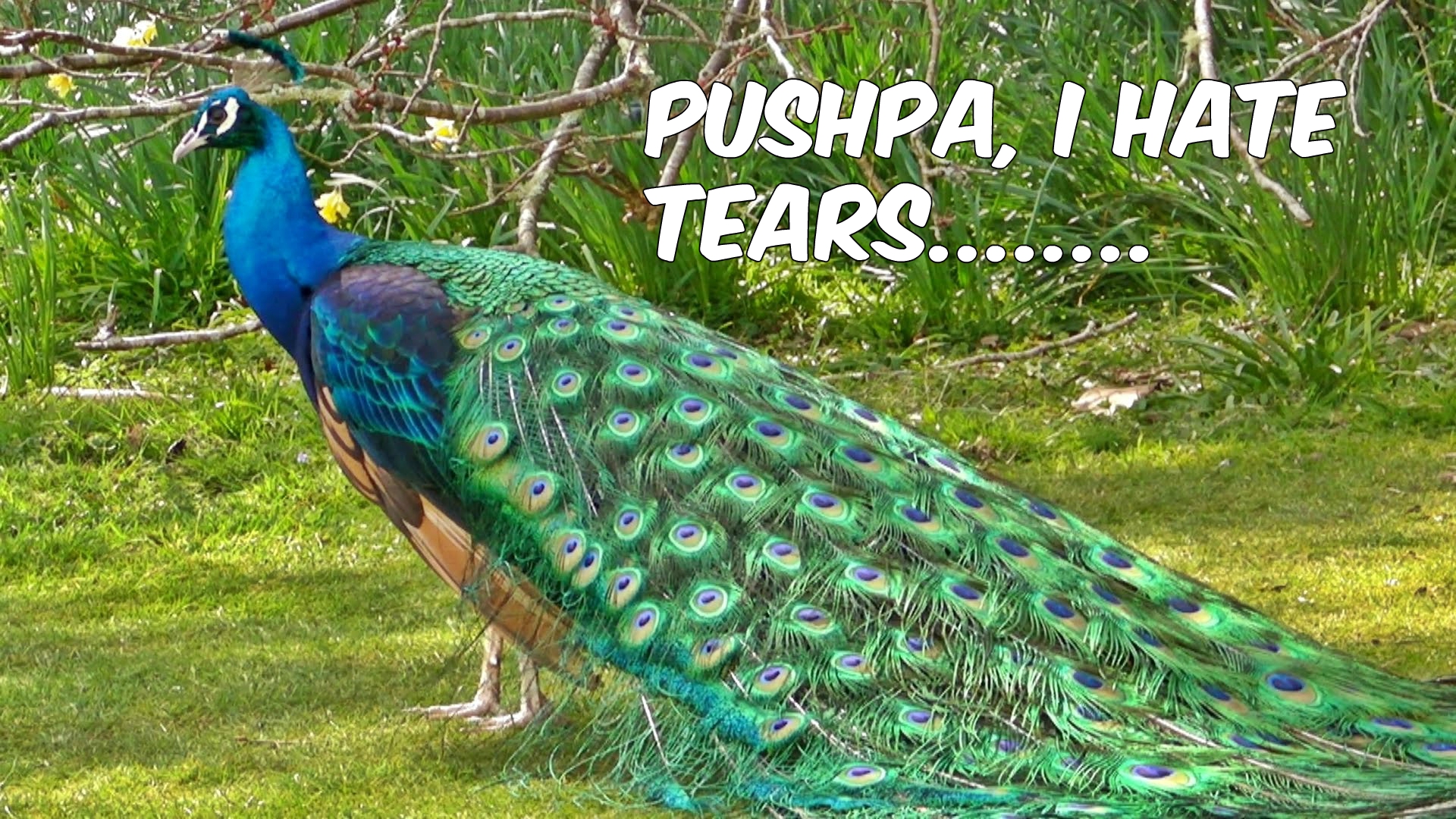 The whole internet laughed out loud yesterday when Rajasthan High Court judge Mahesh Chandra Sharma said that peacock is the national bird of India  because it is pious and celibate. Again the same old pseudo moralist trope of celibacy bring equivalent to virtue, greatness, purity and other great hallowed values. But this time in animals and birds too.

The judge said that peahen is asexual and it gets pregnant by swallowing tears of peacock.

Now this makes me homesick- missing all the fun- Peacocks don't have sex because jungle main mor nacha, kisne dekha?https://t.co/YB45nY2j9r

Pushpa I hate tears.
Unless you're a peacock….in which case….thirsty?
Pushpa?
Pushpa????
Pushpa come back!!!!

What did the Peacock say to the Peahen?

Put kids to bed early, I feel like crying today.

Peahen gets pregnant by swallowing tears of peacock, says a high court judge – making me shed tears for the quality of our judiciary

Now that wasn’t said in jest or sarcasm but meant literally. The hilarious statement went viral on social media and everyone had a field day laughing. The judge also said that since cow milk is so healthy and cow is mentioned in Ramayana, cow should be national animal of India. Anyways, he must not be liking Royal Bengal Tiger because it is a voracious carnivore and even relishes beef.

Many users on Twitter and Quora pointed out that it is a myth that peahen reproduces through tears. They uploaded videos of peacocks mating with amusing captions. Yes, it’s a myth that peacock is asexual. Peacock does mate, and like all the other birds, with many partners.

Now that peacock is amorous, will the high court judge petition that it shouldn’t be national bird ? 😀

On the other hand, the respect, admiration and awe for celibacy in a country that loves double entendre jokes, sleazy potboiler cinema and below mediocre vapid music videos with sexually suggestive and even vulgar tones, is hypocritical.