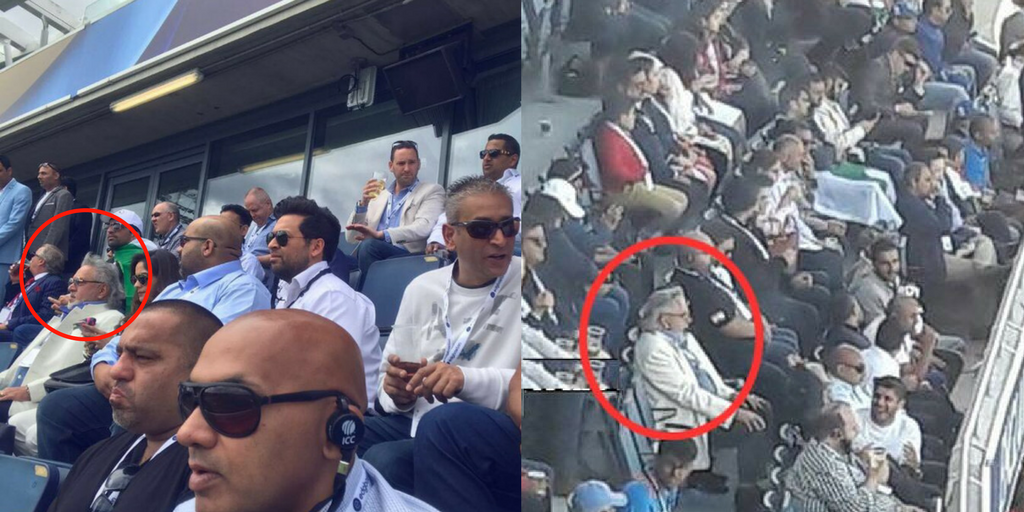 Absconder Vijay Mallya who is wanted in India under the charges of money laundering and willful loan defaults was spotted watching India Vs Pakistan ICC Champions Trophy match at Edgbaston, England. He was recently been arrested by Scotland Yard and was later granted bail after having been produced before the Westminster Magistrates’ Court.

After ignoring several notices and hearings by multiple agencies in India, Mallya was declared as a wilful defaulter and absconder. Arrest warrants were issued against him but he managed to escape the country.

Vijay Mallya in the stands at Edgbaston in Birmingham #INDvPAK pic.twitter.com/RIr5TDW0yJ

Hi guys can you recognise this man.he is none of Mr Vijay Mallya .our country police is searching him and is watching match live…#INDvPAK pic.twitter.com/H1RoMPt2mR

Seriously Not Serious | Modi Jee in conversation with Putin