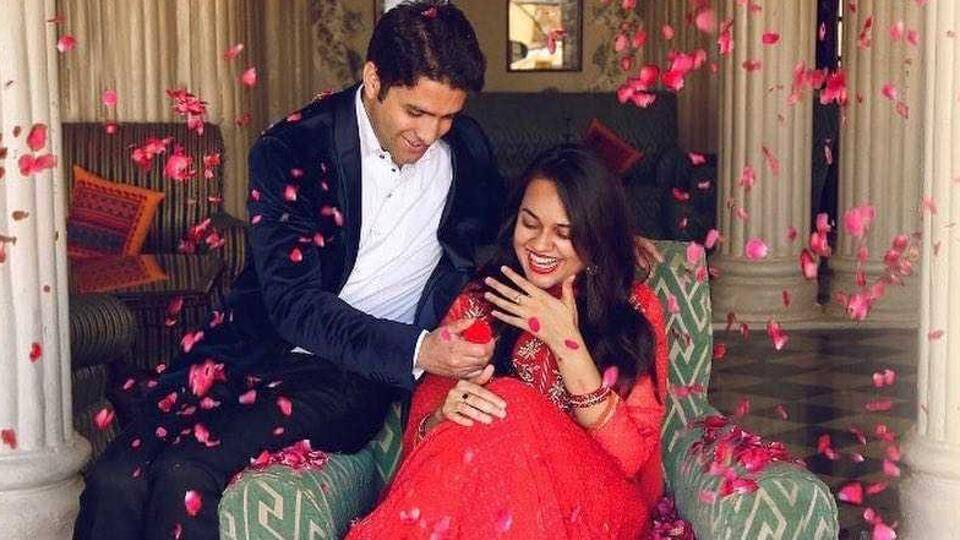 Tina Dabi (25) and Athar Amil-ul-Shafi Khan (26); the IAS toppers are now a happily married couple. Tina is known as the Dalit icon and Khan, called as the hope of Kashmir tied the knot in a destination wedding set in picturesque Pahalgam, Kashmir.

Their love story is no less than a Bollywood movie plot where they fell in love at first sight. Ms. Dabi topped IAS exam in 2015 and Mr. Khan came second. Reportedly, the power couple is believed to first meet at Lal Bahadur Shastri National Academy for Administration later both were allotted Rajasthan cadre where the romance bloomed and Tina Dabi took to social media in 2015 to announce their relationship.

The couple tied the knot at Pahalgam Club amid close family and friends.

Tina Dabi along with her parents and relatives arrived in Pahalgam on Friday evening and got married at ‘Pahalgam Club’ on Saturday. pic.twitter.com/P4FZulxRtb