RJ Naved Has An Important Message For Nationals And Anti-Nationals 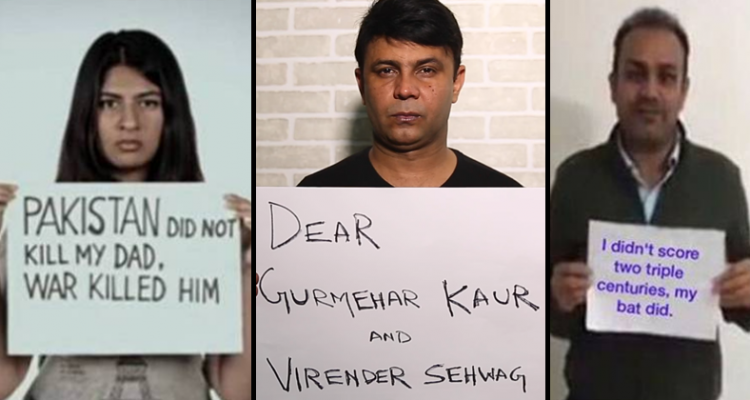 In the aftermath of heated social media debates and spats after 20 year old Delhi University student Gurmehar Kaur raised a placard saying ” Pakistan didn’t killed my father, war did” – a statement that was nitpicked and selectively quoted out-of-context – and cricketer Virendra Sehwag’s sarcastic take on her ” I didn’t scored two triple centuries, my bat did “, we saw intense polarisation and rancour on social media over an innocuous statement and the girl received brickbats, vitriol, filthy abuses and even rape threats.

Amidst this hotly contested debate, in which either people were favouring Gurmehar ( and rightly so) or name calling her, calling her a disgraceful anti-national , Radio Mirchi’s RJ Naved comes with a refreshingly out-of-the-box message that will placate many because of the seriousness laced with humour quotient in it. Naved said paper should not be wasted as it leads to deforestation and placards should be reused.

Just having sex is not enough to keep you happy