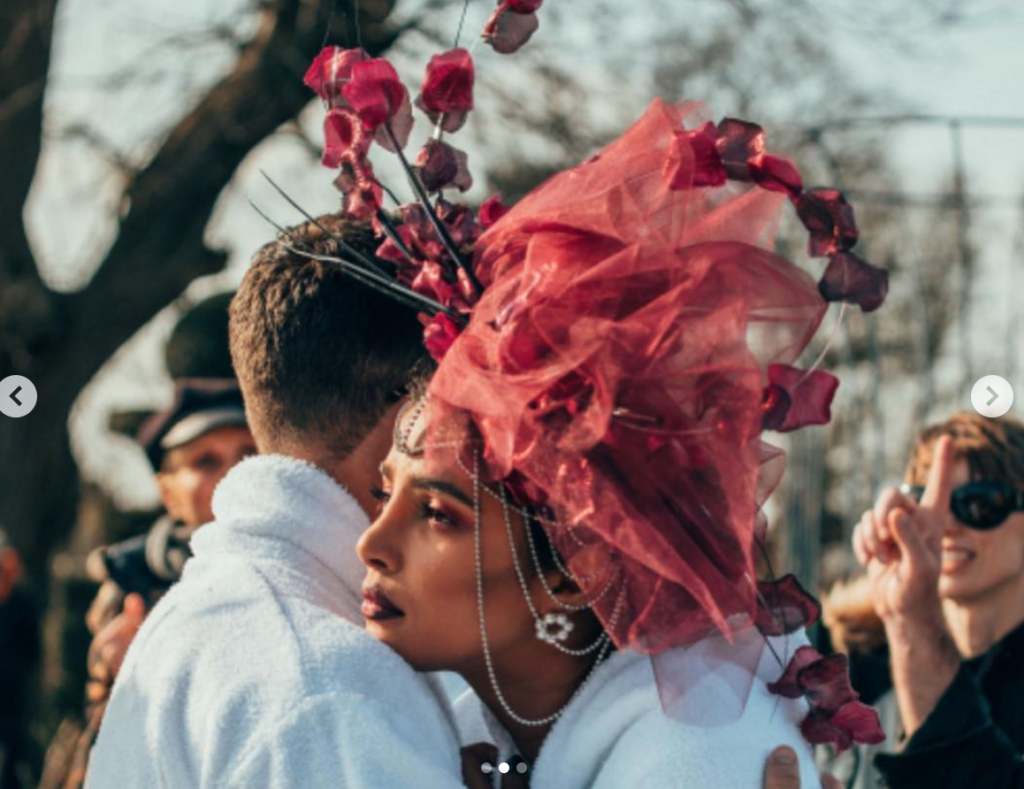 The Jonas’ brothers latest track, “Sucker” is all over the social media. After the six-year-long hiatus, the J Brothers are back and how. The track is climbing the music tracks quite quickly and has its place amongst the minds and hearts of music lovers. The best part about the video, apart from the J brothers, Nick, Kevin, and Joe are their respective partners, the J sisters, Priyanka Chopra, Danielle Jonas, and Sophie Turner. If the Jonas brothers’ fans can’t keep calm because they are back on the scene, they are even more excited about the hot “J Sisters” trio putting their most glamorous foot forward.

After the song’s release on Friday, Priyanka took to her Instagram to share some of the behind the scenes moments from the shoot.

Glam baths .. yes pls.. the #jonasbrothers Are back! #sucker Before and after. 🥶 Best hubby ever. @nickjonas ❤️

In the pictures, the actress can be seen enjoying a luxury bath with a candy in her hand. In the other pictures, she is seen hugging her husband Nick Jonas and accompanying him in a bath-robe after the shoot.

Her Instagram stories were also gushing about the success of her husband’s track. 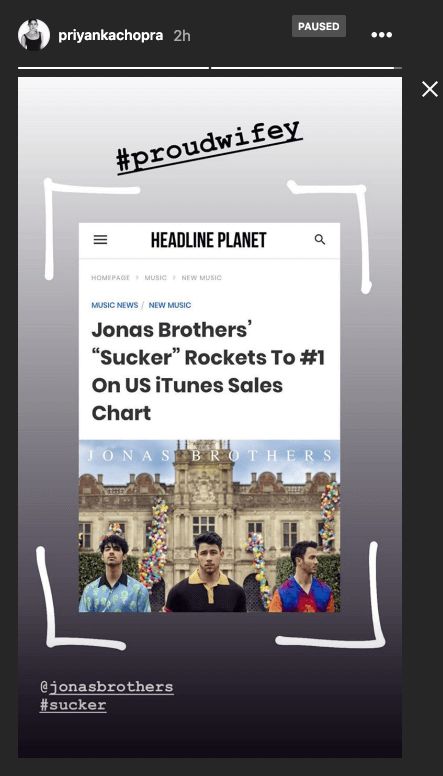 You can listen to the track right here:

On the professional front, Chopra’s film, Isn’t it Romantic released on Valentine’s Day. Back home, she will be seen in Shonali Bose’s The Sky is Pink, co-starring with Farhan Akhtar and Zaira Wasim.