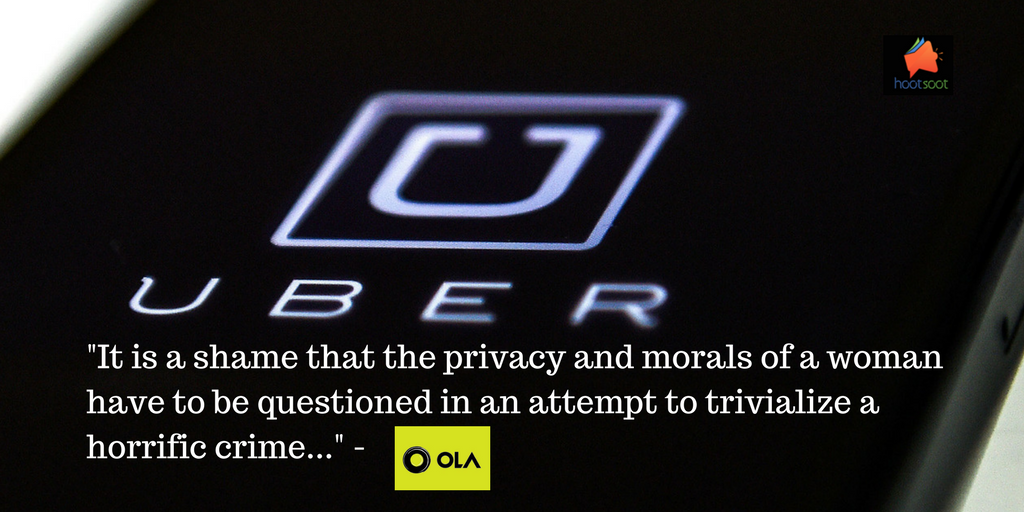 Uber, the international cab company which operates from Delhi to Dallas, and Ola, the Indian cab major, are big time rivals in India. Uber has managed to capture big market share in all metropolitan cities.

But there is one incident which exposes the mindset of few top executives of Uber as apathetic profiteers who are more concerned about the reputation of their company than the safety of the customers.

In 2014, a woman was assaulted and raped by an Uber driver. The driver also had a previous criminal background and it raised questions as to how Uber hired him without a thorough background scrutiny.

Eric Alexander, the president of Uber in Asia Pacific region – who has now been fired –  tried his level best to brush off this incident under the carpet and trivialize the suffering of the young woman. He obtained the medical records of the lady and attempted to prove that it is either a false allegation or a conspiracy by a rival company to besmirch brand name Uber.

2/ And here’s a further breakdown of the 215 claims: pic.twitter.com/yLhFGvgmlJ

Of course, these were fantastical claims without any proof, and worse the onus was being put on the woman who was raped.

Eric Alexander also said that Delhi rape case was Ola’s ploy to hurt the brand image of Uber. Naturally riled up, Ola has called Uber “low on morality” and despicable.

“It is a shame that the privacy and morals of a woman have to be questioned in an attempt to trivialize a horrific crime. It is despicable that anyone can even conceive an attempt to malign competition using this as an opportunity. If this report were to be even remotely true, this is an all-time low on morality and a reflection of the very character of an organization.”