Everything from his dressing sense to his magnetic personality; exuberates royalty and aura of nawabs. Here is a throwback on his life journey listing a few events which brought roaring fame, and others which dragged him into controversies.

Saif Ali Khan has always resembled the image of a person who has evolved from a charming boy to a handsome gentleman to finally being a complete family man. Everything from his dressing sense to his magnetic personality; exuberates royalty and aura of nawabs. Last seen in Netflix Originals’ series Sacred Games; he has left the audience amused with his flawless performance in the role of a Mumbai cop Sartaj Singh. Here is a throwback on his life journey listing a few events which brought roaring fame, and others which dragged him into controversies.

The Nawab of Pataudi

Born to the famous evergreen actress Sharmila Tagore and Indian cricketer Mansoor Ali Khan Pataudi, Saif Khan was crowned the tenth Nawab of Pataudi after the untimely demise of his father.

Saif Khan’s first appearance on TV screen was for a TV commercial for Gwalior Suiting where he indeed exuded his royal charm and won many hearts. 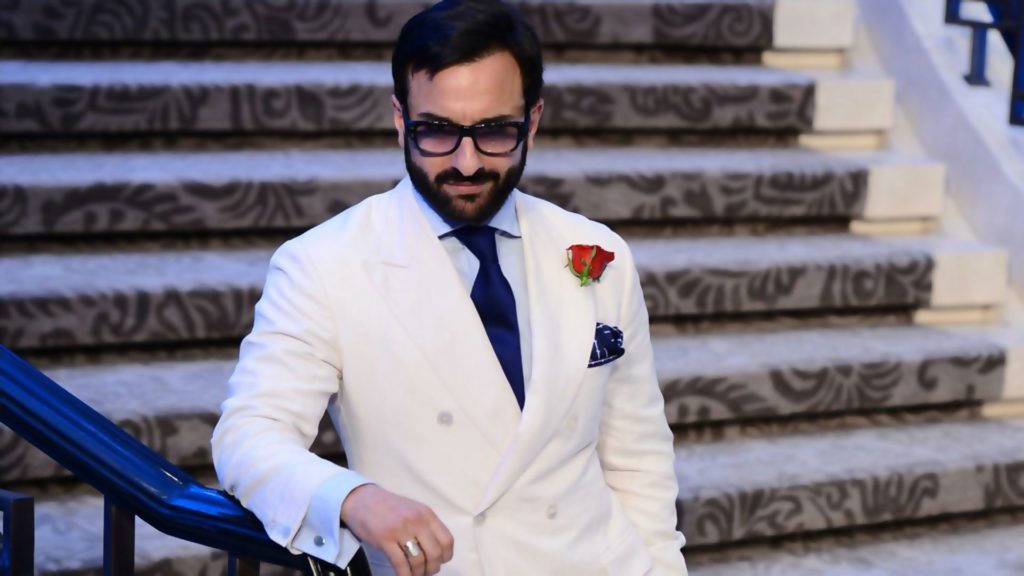 Had a rough start in Bollywood

Saif’s acting debut in Yash Chopra’s unsuccessful Parampara was followed by a series of failed attempts until he was recognised for his acting skills in movies Yeh Dillagi and Main Khiladi Tu Anari.

Saif’s divorce with Amrita left him almost bankrupt in his own words after the hefty alimony and maintenance he had to pay for her and their kids.

In an interview with The Telegraph in 2005, Saif revealed the details of his divorce:

‘I’m supposed to give Amrita Rs 5 crore, of which I’ve already given her approximately Rs 2.5 crore. Also, I’m paying Rs 1 lakh per month until my son becomes 18. I’m not Shah Rukh Khan. I don’t have that kind of money. I’ve promised her I’ll pay up the rest of the money, and I will, even if I’ve to slog till I drop dead”.

It was after many unsuccessful but persistent attempts that this nawab finally established a firm foothold in Bollywood with his famous release – Dil Chahta Hai and Kal Ho Na Ho bagging him several awards and accolades in supporting roles. However, a big moment of fame for the actor came with the premiering of his film Omkara at 2006 Cannes Film Festival.

Remarried to the Young Heartthrob

Saif’s marriage with Kareena created huge controversies for being intercaste and wide-age-gapped.

Much to the dislike of the self-proclaimed patriots, Saif Ali Khan named his son Taimur which people misunderstood for the name of 14th-century Turkish ruler and invader Timur Ali Khan.

Saif Khan was recently dragged into controversies after a Congress worker filed a complaint against his Netflix series Sacred Games for having featured some offensive words. But it ended on a good note with Rahul Gandhi tweeting about it.

BJP/RSS believe the freedom of expression must be policed & controlled. I believe this freedom is a fundamental democratic right.

My father lived and died in the service of India. The views of a character on a fictional web series can never change that.#SacredGames

Much as Saif has been surrounded by the controversies time and again, he indeed has given us many fantastic entertainers. We wish him more fame and success.