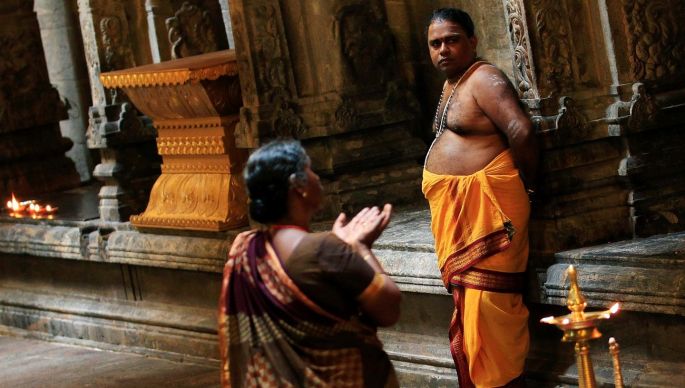 The Madhya Pradesh government has launched a unique programme that will go a long way in smashing casteist stereotypes and enabling representation of lower castes in the priesthood, which has hitherto been an exclusive domain of the Brahmins.

Reversing this traditional status quo and appointing a lower caste as a temple priest will be a good statement of lower caste affirmation, attempt to dilute casteist prejudices and no caste based traditional privilege in any occupation.

The government will start a diploma course for priesthood and any Hindu, irrespective of his caste, can apply. The course called  Purohityam will commence from July and feature the basics of priesthood, mantras and rituals. Basic qualification for this course will be class 12th.

In a country where Dalits are discriminated and subjected to caste violence in the hinterlands, where even temple entry was denied to them for centuries and have witnessed the most atrocious institutional oppression for thousands of years. A lower caste person as a temple priest will at least be an attempt to create a level playing field, address their grievances, and our sincere atonement as a society to rectify historical wrongs against the downtrodden and the marginalised.

The dominant caste Brahmins are naturally upset at this decision and are planning to stage a protest.

But it’s high time people re-read Hindu texts like Vedas and Upanishads to learn how caste identity was fluid initially, offered social mobility, and how it was not strictly birth based. A Brahmin who picked up arms became a Kshatriya. A Kshatriya who chose to be a merchant became a Vaishya. In due course of time it became corrupted by vested interest groups — and as a result highly rigid and ossified.

Manusmriti codified and stratified caste identities as very rigid, and there was no scope of any social mobility or even inter caste marriages.

Various social reformers in India like Mahatama Jyotiba Phule and others were against this pervasive social evil. The man who drafted our constitution, Dr B.R Ambedkar, envisioned a society free of any caste. Let’s cherish his legacy.

Romanian Model Auctioned Her Virginity For A Whopping €2.5 Million