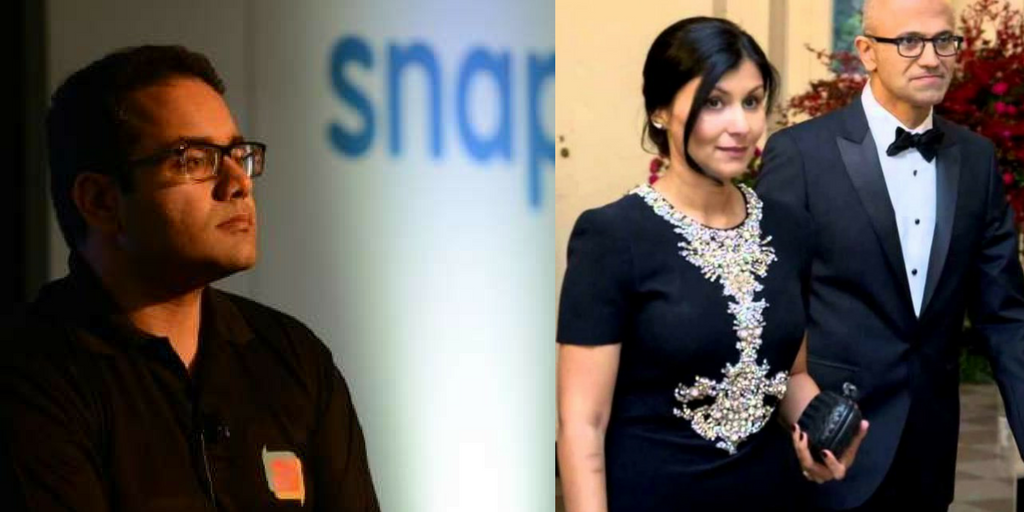 In his newly launched book ‘Hit Refresh’; Satya Nadela has revealed how bizarre Green Card rule of the USA made him give up the coveted citizenship of the USA for his wife. Early in his career, his wife Anu was unable to join him due to the existing US law that if a Green Card holder if marries, his/her spouse visa will get rejected. Nadella married his wife in 1993 and wanted to bring her to the USA.

“So why would I give up the coveted green card for temporary status?” Satya Nadella writes in his latest book on the stands. This is the reason Nadella gave up Green Card: “Well, the H1-B enables spouses to come to the US while their husbands and wives are working here. Such is the perverse logic of this immigration law. There was nothing I could do about it. Anu was my priority. And that made my decision a simple one,”

“Miraculously, it all worked. Anu joined me (for good) in Seattle, where we would start a family and build a life together,” he says.

He has also revealed how Kunal Bahl quit Microsoft after his H1-B expired and his green card had not yet arrived.

“He returned to India and then founded Snapdeal, which today is worth more than USD 1 billion and employs five thousand people. Ironically, online, cloud-based companies like Snapdeal would play an important role in my future and that of Microsoft. And the lessons I learned in my former country continue to shape my present,”

From Vogue to BBC, Mithali Raj is ruling the roost everywhere

Google is the best company to work for in India; BHEL, SBI and Amazon are also on the list