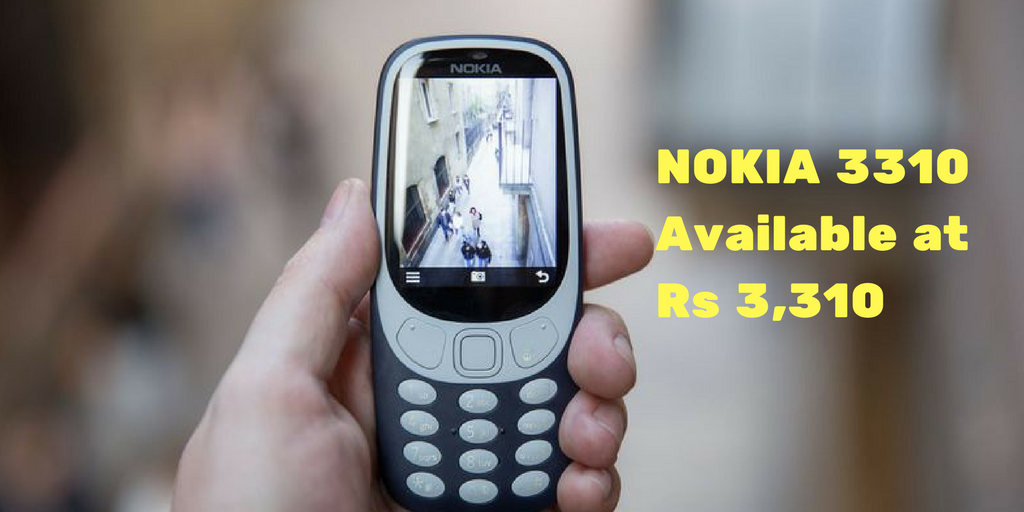 Old is gold for a lot of technology aficionados. And renovating the features and specifications with the classic design and look intact is an icing on the cake.

In the age of powerful microprocessor smartphones, there are many who are nostalgic for the simple design of early 2000s basic mobile phones. The original Nokia 3310 was launched in 2000 and went on to acquire a cult status.126 million handsets were sold and it is one of the highest selling cellphones of all times. The good old phone was also good enough to break anyone’s head and still function.

Keeping this in mind, Nokia 3310 (2017 version), a revamped version of the once iconic Nokia 3310, has been launched. The phone will be available in India at 3310 INR. It is a dual SIM 2G phone with 2MP camera and a flash. The cellphone has expendable memory up to 32 GB. It has a talk time of 22 hours and a standby time of 1 month. Unlike the gray color of the old variant, it will be available in 4 colors – blue, red, yellow and gray. It also has the flagship Nokia game Snake Xenxia inbuilt.