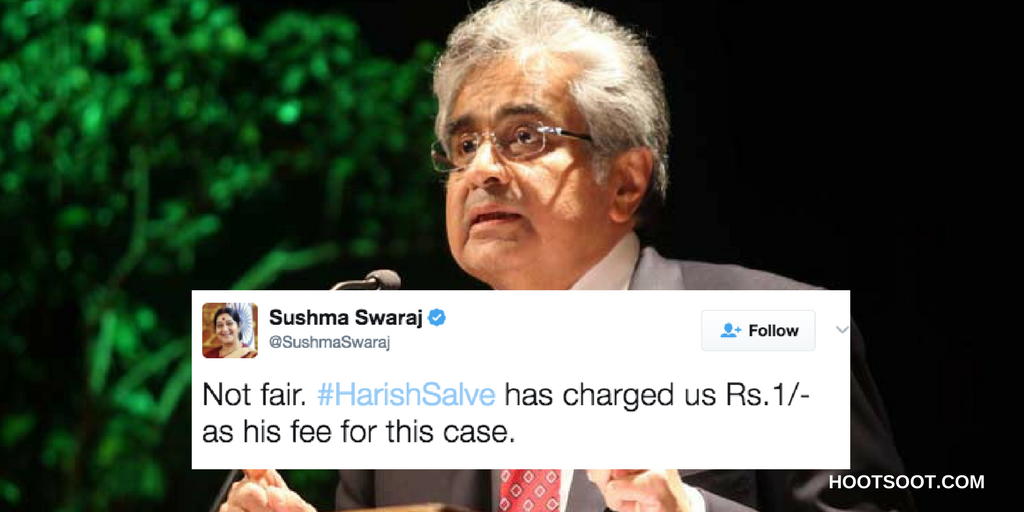 Harish Salve, best known for taking Salman Khan’s case is representing India’s case of Kulbhushan Jadhav at the International Court of Justice against the death penalty ordered by Pakistan.

When a man tweeted that “Any good Indian lawyer would have done the same and with much less expense than #HarishSalve. Wait for the verdict!.” Sushma Swaraj responded with this tweet.

Not fair. #HarishSalve has charged us Rs.1/- as his fee for this case. https://t.co/Eyl3vQScrs

Harish Salve is arguably one of the highest paid lawyers in India and charging a token of Rs. 1 he has set an example of what kind of nationalism India actually needs.

Under the edgy duel between India and Pakistan at International Court of Justice, India’s quest for ‘nullification’ of a death sentence for Kulbhushan Jadhav by Pakistani military court;  Salve said that “The graver the charges, the greater the need for continued adherence to the Vienna Convention. Jadhav has been in judicial custody without any communication with his family.”