Eve-Teasers Thrashed By Girl In Lucknow 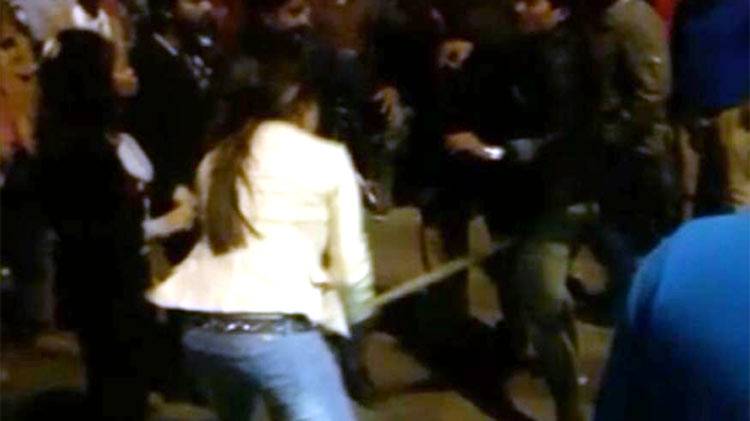 Eve teasing, cat calling, verbal harassment and stalking of women happens almost on a daily basis across all cities. There are special women friendly police cell’s, alert police tracking vans, and special helpline numbers but they haven’t been able to end this menace. Sometimes public takes the law in its own hands, roughs up eve teasers and other times the public remains a mute spectator, watching the commotion, and cops are nowhere to be seen.

A short 2 minute video has surfaced in which a woman is seen beating her alleged stalker with a stick while the public watches as onlookers. It is being reported that the police denied to help the woman.

Sleeping Girl Attacked With Acid In Ghaziabad | Irony At Its Worst

As A Part Of Unique Protest, Doctors Working In AIIMS With Helmets On