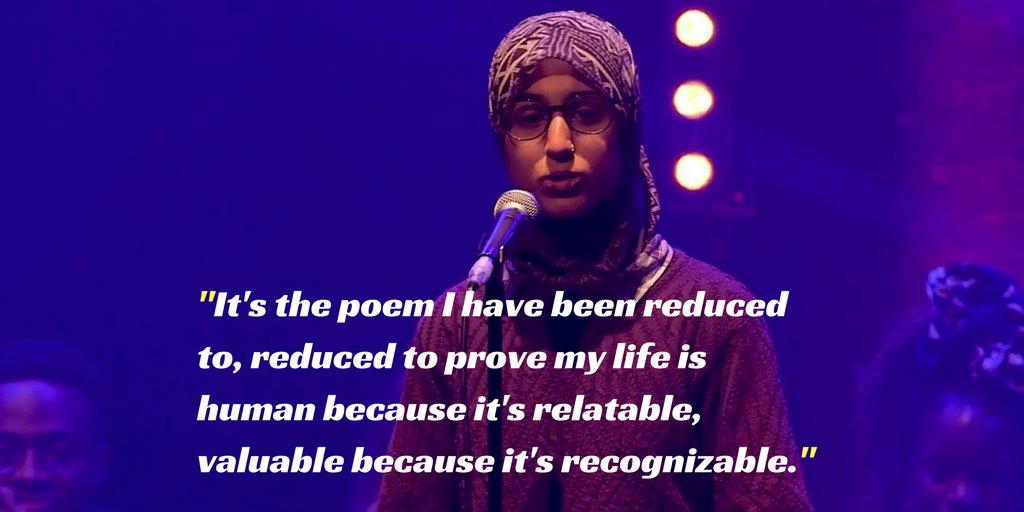 A 3-minute short poetic speech by a young Muslim girl makes a hard-hitting and resounding point about discrimination, multiculturalism, and assimilation of minorities in the west. Just like Islamist extremism is a reality, similarly, biases and prejudices against common Muslims is also an undeniable truth.

She speaks passionately as a normal girl and tells the audience how she is equally distressed by all hate crimes, by all acts of violence, by all acts of discrimination, by all slurs. She asks how is it that some bombings are deployed, while some are cheered in the name of democracy and liberalism; how we favor detention without evidence for some and total freedom for others. It is this us-vs-them that is a part of the problem. Islamist extremism and Western military intervention, proxy warfares both should be equally opposed. Instead of focusing on the narrow identities that then enable our selectivity, we should have a holistic and humane approach. Treating everyone the way we would like ourselves to be treated, no matter what religion, ethnicity or nation they belong to.

At the end, the girl said: “If you need me to prove my humanity, I’m not the one who’s not human.” Nothing could have been more appropriate. And this drew loud applause from the audience.