Failure does not mean the Game is Over. It means start all over again and give it your best shot; this time with experience!

Unlike what’s generally believed, failure is an important step to success. Had it been the last rung, there would have been no inventions or innovations. All would have ceased to try after the first attempt and felt rather safe sticking to the norms & following the trodden paths.

None would have accepted the myriad challenges presented by nature, life & circumstances and attempted to reach what’s considered to be inaccessible or do what is preconceived as impossible.

Yes, it needs the courage to take the fall and it takes grit to fall again… and again, until one gets it right. But isn’t this how one learns to walk and pave the concrete path to success!?

The biggest of the inventions took place after a series of failures and as a result of persistent effort & absolute determination on part of the inventor. 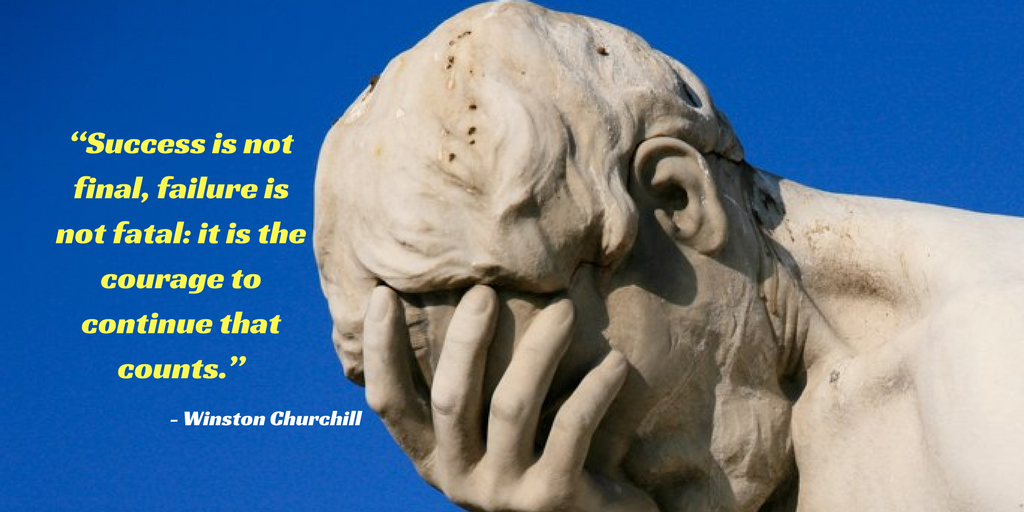 Failure is indeed an important part of life and not the end of the world! It teaches us not only to face hardships boldly but also to come out stronger!

This reminds me of Abraham Lincoln, one of the greatest Presidents of America, who had seen numerous failures before he reached where he did.

Born into a poor family, Lincoln had a difficult life and faced defeat at every step. He failed in two businesses, lost eight elections and not being able to cope up with the pressures of life for once, he suffered a nervous breakdown which left him bedridden for six months. He could have quit any time.

But he did not! Instead, he went on fighting life and became one of the greatest American presidents we have ever known.

Yes, Failure indeed is not the end of the world! It is instead a stepping stone to success.

All people fail at certain instances in their lives. The only thing that makes them different is… whether they gather guts to stand up or choose not to try again!

The most important things in life are not things