Whatsapp has introduced new features in its hugely popular communication app which lets users to write or draw in photos and videos. You could put in emojis in the pictures you click to express yourself in a better manner. 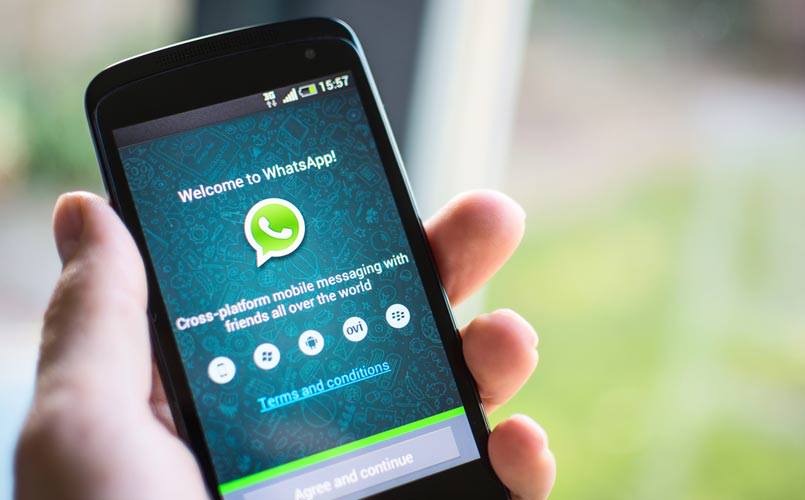 If you click a new picture or decide on sharing one from your gallery, you will be apprised of the new editing tools. When you really, really miss someone, nothing can say that better than a red beating heart. Waited too long for friends? Vent your frustration with an annoyed face emoji. Pictures aresometimes much more apt, when it comes to expressing ourselves. Add on words to that special click and lend it a special feel with different colours, sizes and fonts.

The WhatsApp camera is now compatible with flash for the front facing camera letting you take brighter pictures even in poorly lit ambiences. You could zoom in our out while recording a video or quickly switch between the primary and the secondary camera by a simple double tap on the screen.

Features like these have been a staple of video chatting application SnapChat which lets users doodle, write, draw or use a number of quirky filters on their pictures. Facebook which owns Whatsapp and Instagram has been inculcating SnapChat’s features in its social media outings. It started with the addition of the story feature on Instagram and now Whatsapphas the doodle thing – that is eerily similar to SnapChat. Facebook CEO Mark Zuckerberg who was once very keen to acquire Evan Spiegel’s SnapChat in a few billion dollars is concerned about the cut-throat competition in the mobile messaging space.

Facebook Messenger and Whatsapp both clock close to a billion active subscribers – a number that is much larger than the active users on its rival – Snapchat. Spiegel’s fun messaging application still poses an existential threat to both, mainly because its ability to put together rough, on-the-spot images which are not characteristic of Facebook, a platform known for edited, highly refined pictures. Moreover, Snapchat is hugely popular among young users for its one trademark feature – pictures are temporary and are deleted from collective memoryonce it reaches its intended recipient.

Your best bet on Savings : The 10 Best Budget Smartphones

Amazon Great Indian Festive Sale: 5 Steal Deals you should look out for