What was it like to be a classmate of Raghuram Rajan in IIM-A? 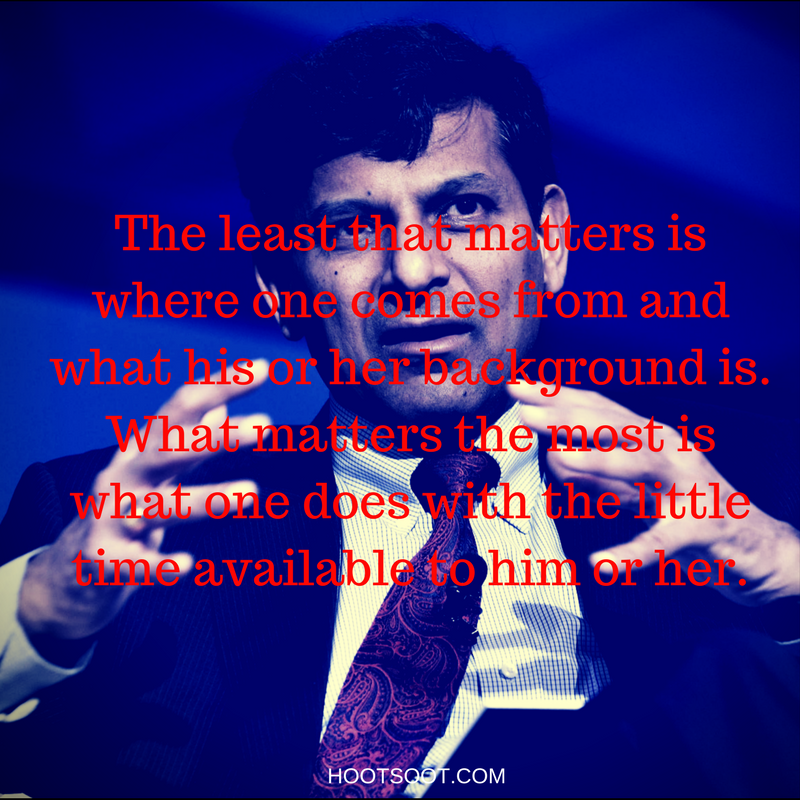 Ever since Raghuram Rajan called it quits from the coveted post of RBI governor and returned to his first love academia, we have been missing his witty quips and interviews. 23rd governor was famous among the masses for his charming humour and outspoken attitude on issues related to society, finance and politics.

Now a Quora post has emerged in which one user has asked “What was it like to be a classmate of Raghuram Rajan in IIM-A?”

And the answer given by another user is as interesting as it can get. The user has shared the story of his 12th class Physics teacher, who was apparently also the classmate of Raghuram Rajan in IIT Delhi.

Here is the full text of the story.

“I’m sorry I wouldn’t be able to answer your question very pertinently, but I have some idea of Mr. Rajan’s student life and what he was like.

My (brilliant) class 12th physics teacher is a graduate from IIT Delhi and he told us this story one day during the class.

Once a boy from a very rural background, probably some village steeped deep within Maharashtra, made it to India’s most prestigious engineering institute: Indian Institute of Technology, Delhi. On his very first day at the institute, between the classes, he headed to the mess to rescue his hungry stomach. The mess was serving Noodles that day, neatly put in a plate with a fork beside it. The boy was perplexed. He came from a poor village, and had never really seen something as twisted (quite literally) as that. Forget the snake-like strands in his plate, he had little idea about what to do with the metal object accompanying it. He looked around meekly, wondering how high a wall of shyness and embarrassment he would have to surmount to ask another person for help. Helpless and hungry, he withdrew back to his plate. Such expressive were his expressions, that a senior standing nearby noticed them. He walked up to the boy and inquired what the trouble was. The boy helplessly told the senior about how he belonged from a very impoverished family, and coming from a rural background, had no clue about how to consume the food kept before him. The senior simply smiled and invited the young man for a little walk. Walking from the mess to a tea-stand barely 10 yards away, the senior gave him a little advice: He explained the young fellow about how, in the short life we live, the least that matters is where one comes from and what his or her background is. What matters the most is what one does with the little time available to him or her, and thus how one is or isn’t accustomed to something is of no significance, as opposed to what one nurtures within himself and how brilliantly one decides to bring it out.

I still remember, when our physics teacher finished recounting his story, his eyes were moist. He then went on to reveal to us that it was him who was left perplexed by the plate full of noodles on his first day at IIT-D many many summers ago, and the senior was Raghuram Rajan, who chose to give him the precious advice. He finished the anecdote by saying that those very few minutes of the walk, from the mess to the tea-stall, was a life-changing moment for him.

P.S. : I know how much of the mark my answer misses, but I thought if I didn’t share it here, I wouldn’t be able to do it anywhere else.”