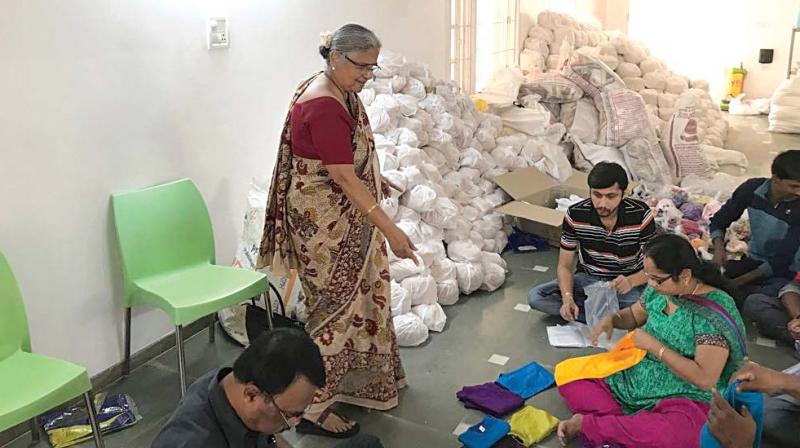 In the viral video, besides assisting in packing the relief material, the chairperson of Infosys is seen supervising the entire process. This act of her is another example of how simple and down to earth is Sudha Murthy.

There are some people who never get carried away with money. They are down to earth.

This great lady Sudha Murthy, has a household net worth in excess of ₹12,000,00,00,000!!
But her humble attitude and desire to serve those in need, is incredibility motivating.

The extraordinary story of a miraculous face transplant