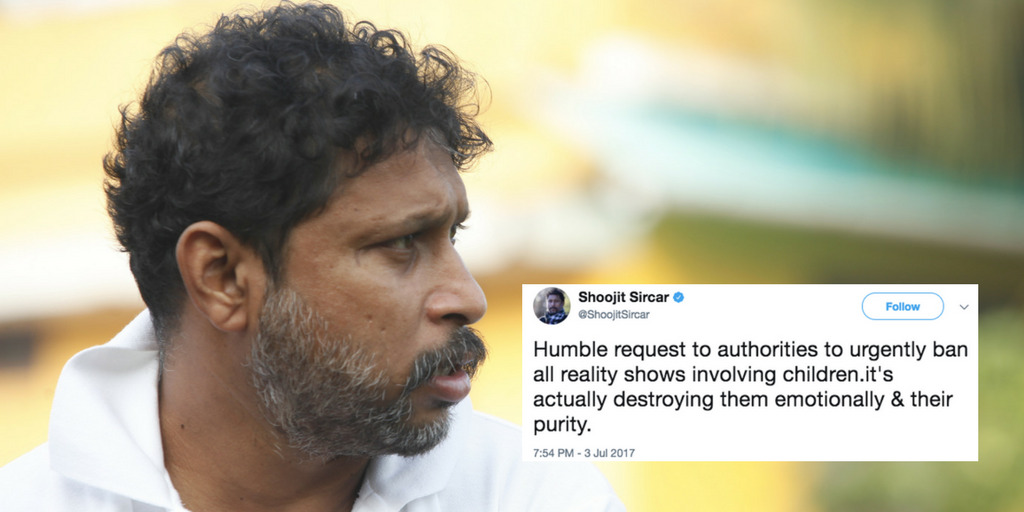 Several television reality shows centered around kids have mushroomed in the past few years. Sa Re Ga Ma Pa Lil Champs, Sabse Bada Kalakaar, Indian Idol Junior, Super Dancer and Junior Master Chef are some of the shows which are popular among the audience and attract huge television ratings.

But time and again, people have accused these reality shows of minting money by using the innocence of children. Reality shows require a lot of commitment and hard work which results in a lot of stress on kids both mentally and physically. Critics have always believed that putting children at such tender age under stress is a kind of exploitation and is not good for their mental well-being.

And now, critically acclaimed director of movies like Vicky Donor and Piku have also requested the government to ban these reality shows ‘urgently’. Sircar tweeted earlier in the day “Humble request to authorities to urgently ban all reality shows involving children. It’s actually destroying them emotionally and their purity,”

100% agree. Last week, in a singing show, some 6 yr kid was made to propose to a show judge. Did not look cute, it was sick.

It is not the first time that Shoojit has raised his voice against rising pressure on children. Earlier in the year, he released a short film called #ReleaseThePressure to encourage discussion between parents and children. The movie dealt with the astronomical amount of pressure children face during the examinations.