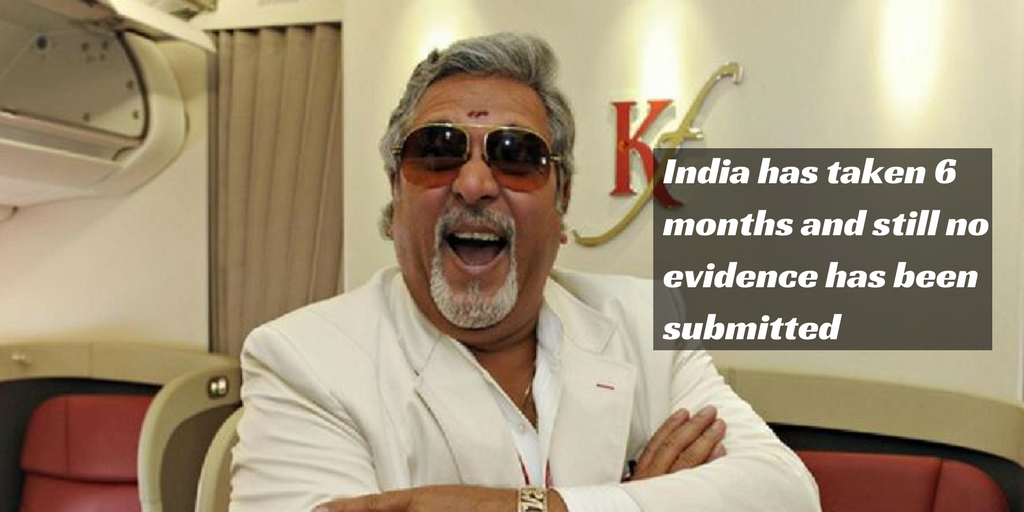 The extradition of fugitive entrepreneur and liquor baron Vijay Mallya is proving to be very difficult. It goes without saying that Mallya has political links in India who helped him flee.

A UK court said on Tuesday that India has yet not provided any evidence for the extradition of Mallya and this would result in a delay. The attorney who is representing India at the Crown’s Prosecution Court admitted that the court requires additional 3-4 weeks time to receive evidence from India. To this, the Chief Magistrate at the British court quipped “Are Indians normally very prompt in their responses? They have taken six months so far and we haven’t got any further forward in the past 6 weeks?”

He said India has taken 6 months and still no evidence has been submitted, and at this pace, the next date for full hearing would be in April 2018.

Vijay Mallya is wanted for defaulting 9,000 crores worth loan from many banks. He tweeted that the Indian authorities are involved in a witch hunt. He also added that he is not afraid and he has enough evidence which he will put forth when the time comes.

17 Indian banks filed a petition in the Supreme Court of India to prevent him from leaving India in March, but a few days before that he had moved to the UK. It seems there is no stopping for the ‘ King of Good Times ‘

Is this Virat Kohli working in a Pizza joint in Pakistan or we are mistaken?