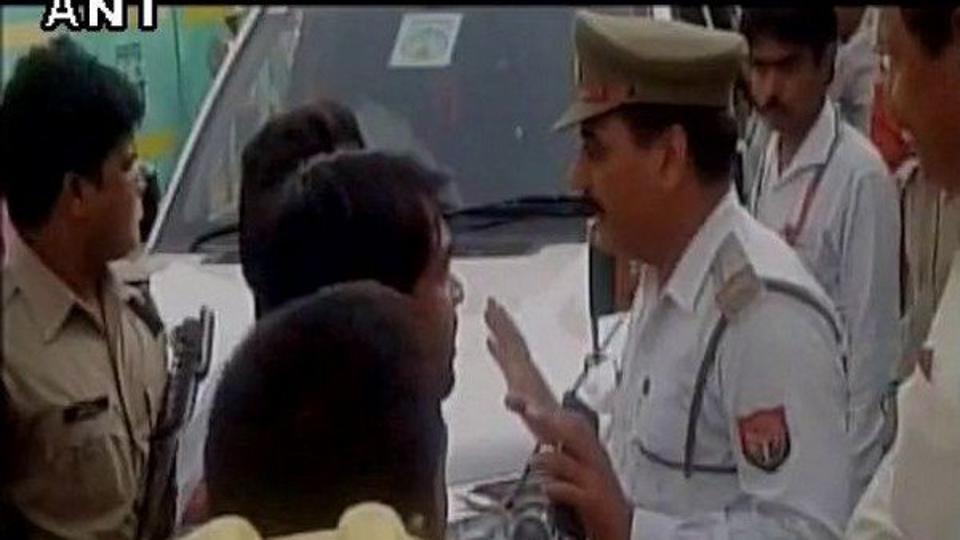 It is being reported that a ruling party MLA slapped a traffic cop for not letting his car in on a one-way lane.

BJP MLA Shriram Sonkar slapped a traffic home guard in Lucknow for stopping his car on a one-way road. FIR has been lodged against the security guard of the MLA for manhandling the home guard.

The incident happened on Tuesday evening when the home guard saw a vehicle making its way through the wrong side. He requested the MLA to take up another route, but the MLA refused to go 3 km for a distance of 300 meters.

Upon his repeated insistence that vehicles are not allowed, the MLA slapped him.

This is not the first time that a politician in India has displayed uncivil behavior, hooligan tendencies, the arrogance of power and position, and absolute disregard for law and order. In April a video of an MLA beating a toll plaza worker had surfaced. UP CM Yogi Adityanath should strictly look into these instances of brazen flouting of the law by lawmakers themselves.

Power gets into the head of people and they think they can get things done their way. It should be reminded to them that with power comes responsibility and accountability too. And a basic sense of respect for law and decency and courtesy towards fellow citizens.

995 crores spent; Sardar Patel’s Statue Of Unity is not finished even halfway in 4 years