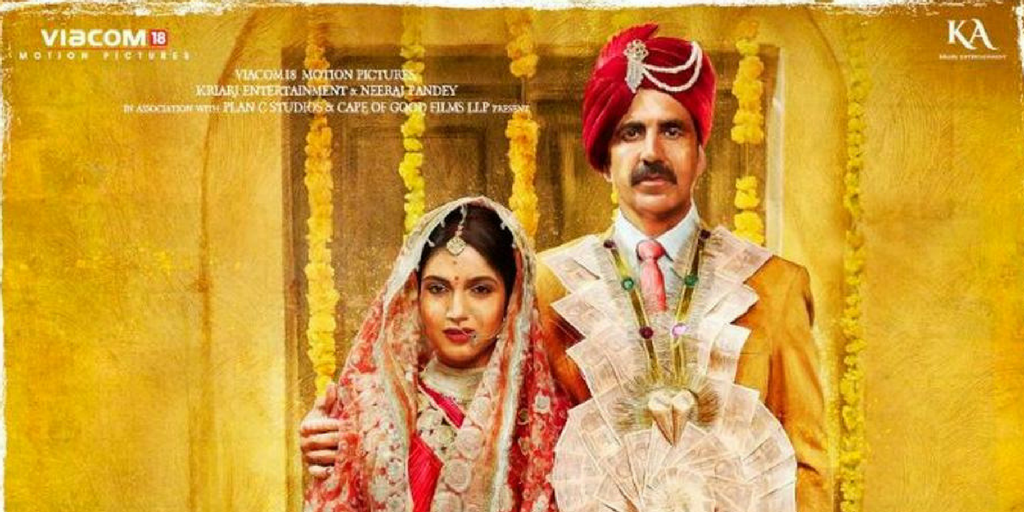 The trailer of the next Akshay Kumar and Bhoomi Pednekar movie is out and its title will certainly make us chortle. But the theme of the movie is as serious as the title is funny.

The movie is titled ‘Toilet – Ek Prem Katha’ and it addresses the problem of open defecation and how women suffer from lack of toilets in rural areas. The movie has a strong social message and will provide a much-needed boost to government awareness programs on constructing toilets. In Haryana and Rajasthan, it is mandatory to have a toilet in the house to contest Panchayat elections.

Akshay is really impressive in humorous roles which convey a serious social message. In the movie, he is a typical carefree North Indian village lad who is eager to fall in love and tie the nuptial knot with his beloved. After marriage, his wife leaves him because there is no toilet inside his home, or even in the whole village. And she finds it very humiliating. Akshay then takes it upon herself to defy the village elders and visit government offices to inform them that there is no toilet in his village. Anupam Kher also has a role in the movie. And the main actress is a newcomer.

The movie will release on Independence Day, 15th August 2017.