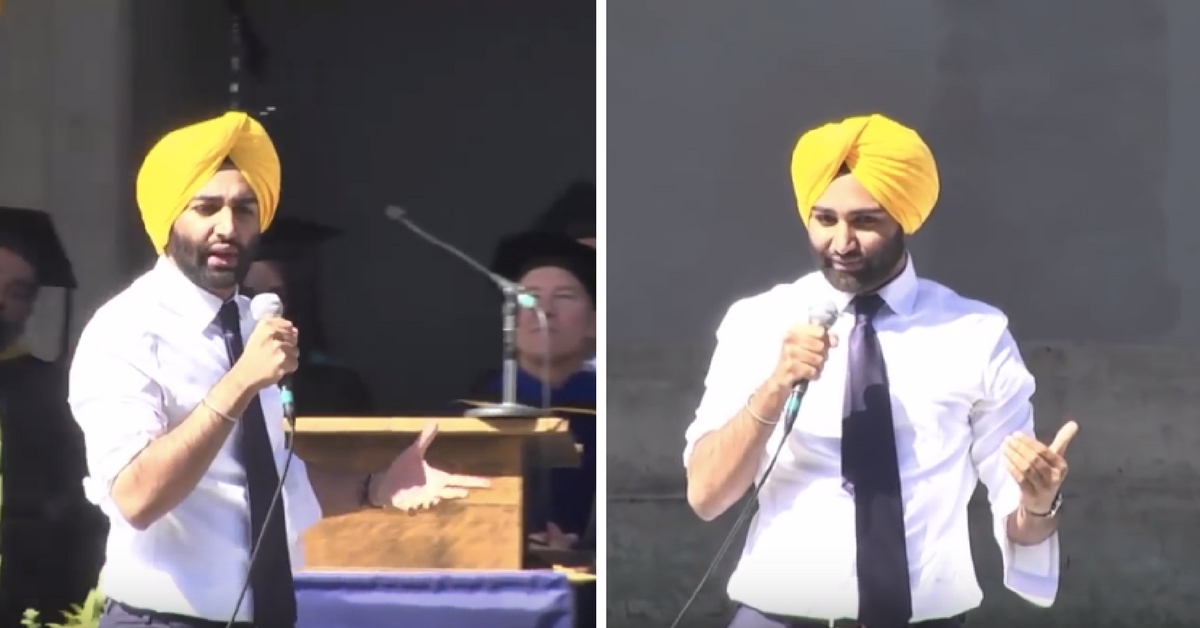 Valedictory graduation speech of the University of California, Berkeley’s, Haas School of Business student, Angad Singh, has gone viral on the internet.

In the 10 minute, speech Angad talks about the American dream, his expectations and ambitions when he first came to the USA – the land of freedom, liberty and opportunity – and the subject close to his heart the most – drug menace in Punjab.

Angad, a turbaned Sikh, said that he lost 2 of his friends due to drug abuse in his native state of Punjab. And that is an issue which is very close to him. He then said that there are issues like global warming, climate change, poverty, terrorism, hunger, homelessness, war and strife that should be close to everyone’s hearts. He said irrespective of our ethnicity, nationality, race, religion and class, we are at the end of the day all humans and have the same capacity to feel and suffer. And as educated individuals, it is our responsibility to endeavour to make the world a better place to live in and ensure sustainability for the posterity.

Angad’s speech to his 2017 batch classmates and teachers was an internationalist message of Hope, human spirit and solidarity. He said be it religious discrimination against Sikhs, Jews or Muslims, racist attacks against blacks, missile attacks in Syria, or economic crisis in Venezuela, all of these world issues should matter to us.

Angad, like John Lennon, dreamed of a world without prejudice, hatred and without borders. He gave the example of Shani Shingnapur, a town in Maharashtra where Hindu deity Shani is worshipped. The most interesting fact about the town is that there are no locks on gates of any house there. They remain open and there has never been any instance of theft, burglary or loot in the town.

It did seem that Angad is echoing the sentiments of John Lennon “You may say I am dreamer, but I am not the only one” and Martin Luther King Junior’s “Injustice anywhere is a threat to justice everywhere”

Airlift 2.0: This Qatar businessman plans to fly 4,000 cows for all the right reasons