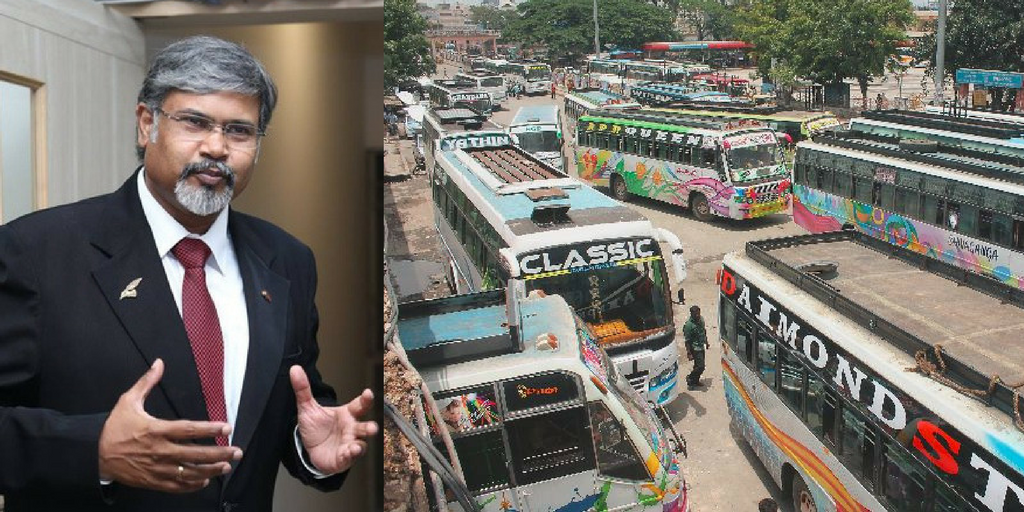 A professor from Bangalore is fighting a lone battle against bus operators who park illegally. The police and the local administration are turning a blind eye to it while KC Janardhan, a 54-year-old Bangalore University professor, who is standing against illegal parking by private tour operators in his Fort Area locality.

He was attacked by bus workers and beaten brutally. Bangalore Mirror quoted him ” group of men who, he said, worked in these buses. “I opposed the unauthorized halting and parking of private buses here, which block the road and causes inconvenience to commuters. They attacked me for this. I’m lucky to be alive “

He has tried to take help of police and the district administration but to no avail. He even went to the state transport minister but even he delayed any solution to the problem because of the powerful bus lobby. At worse, the transport minister tended to support the illegal parking by saying where else could the buses be parked.