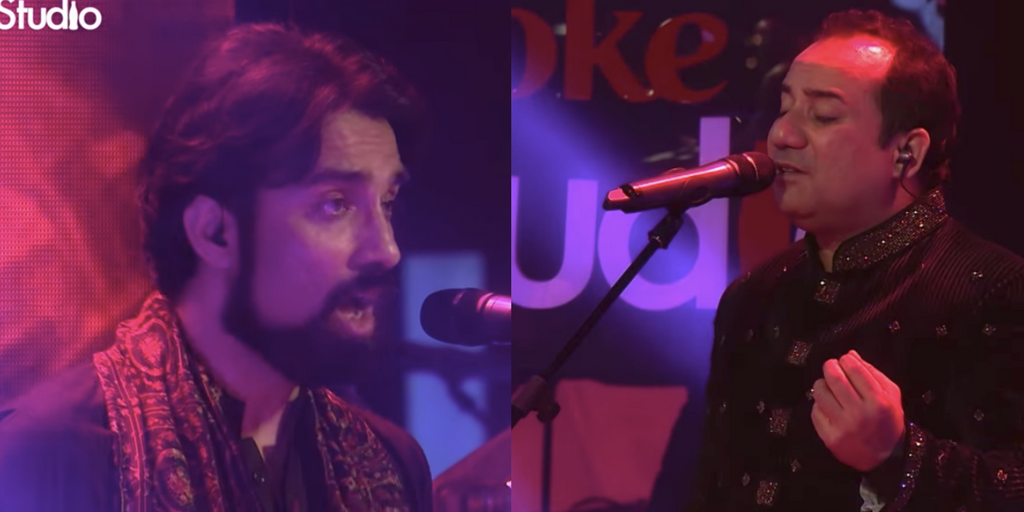 If you are 90s kid then you must have heard the ‘Sufi-rock’ blockbuster Sayonee by the band Junoon. It was the first song from the music album Azadi released in April 1997. The song was a rage in India and Pakistan. Within three months of the release of Azadi, the album had sold over half a million copies and hit platinum sales status with a record of four weeks.

This epic song is the favorite of every music lover and even after 20 years of its release, it sounds fresh and gives an adrenaline rush to deal with.

Coke Studio needs no introduction. The project is famous to recreate old classics and make them hit again on the internet. But this time, it has failed miserably. Featuring Rahat Fateh Ali Khan and Ali Noor, the frontman of Pakistani band Noori have given their voice in the song. As the song starts, you instantly loose connection with the original song and as the track proceeds it keeps getting worse.

It is Sayonee without its soul. The cult track is now completely ruined for us. Listen to it here.