9 Things To Do In Varanasi To Unveil The Mystic Magic

Varanasi has something for everyone. Read on to find what it has in store for you

Varanasi, an absolutely magnificent stockpile of Hindu culture and tradition, is the living embodiment of everything beautiful about India. The city, famously known as the “Abode of Gods” is heavenly in equal proportions for the mortal beings as well.  Whether your personality has a divine spiritual streak, or you are the quintessential happy-go-lucky guy, this city has something to offer to you. Here are the different ways you can experience Varanasi to get the best of this bustling city,

1. Count your blessings at the Kashi Vishwanath Temple

Visited by thousands of devotees from across the world, the Kashi Vishwanath Temple holds a revered place in Hinduism. It is one of the world’s twelve Jyotirlingas and is hence one of the holiest sites for Lord Shiva’s followers. The temple remains open from 4 AM – 11 PM and is best experienced during the months of October – March. 5 aartis happen in the temple every day,

Make sure you’re there during one of these to witness the magnificent celebration of Lord Shiva’s mystical aura. 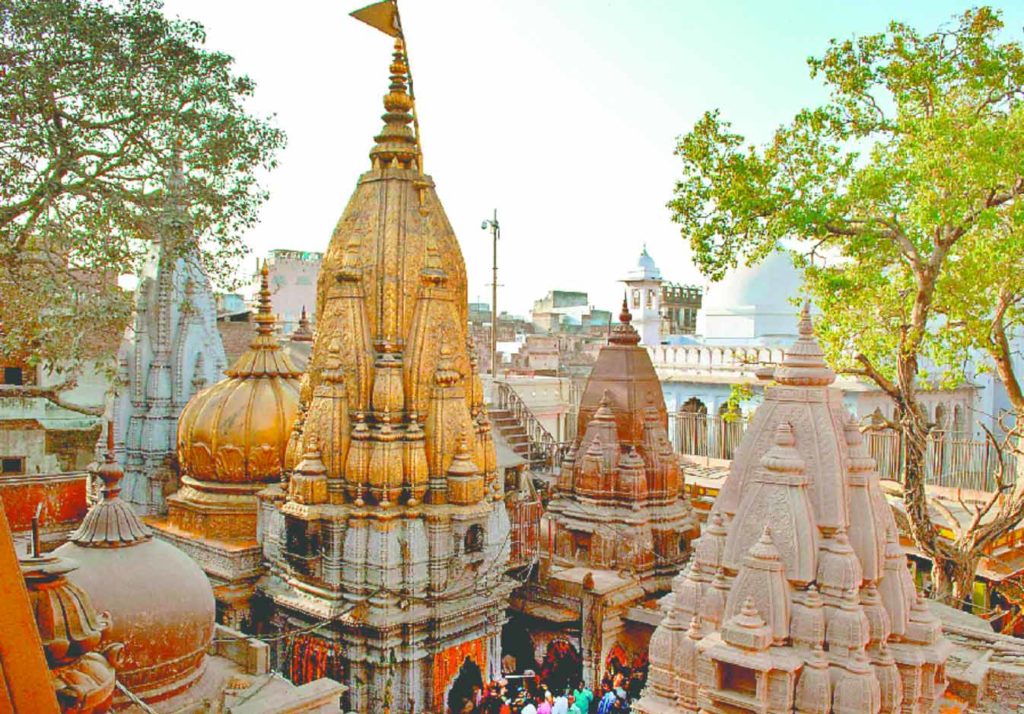 2. Soak up the city’s soul at the Dashashwamedh Ghat

The name “Dashashwamedh” is rooted in mythology. Legend says that Lord brahma sacrificed 10 (das, in Sanskrit) horses (ashwa in Sanskrit) here. It’s the heart of the city’s ever alluring culture and tradition. Every evening at 7 PM, an elaborate Ganga aarti takes place here, which is a must-attend, simply because it’s divine, it’s majestic, and at the same time it’s sanctimonious. You can easily reach Dashashwamedh Ghat from the Godaulia crossing. 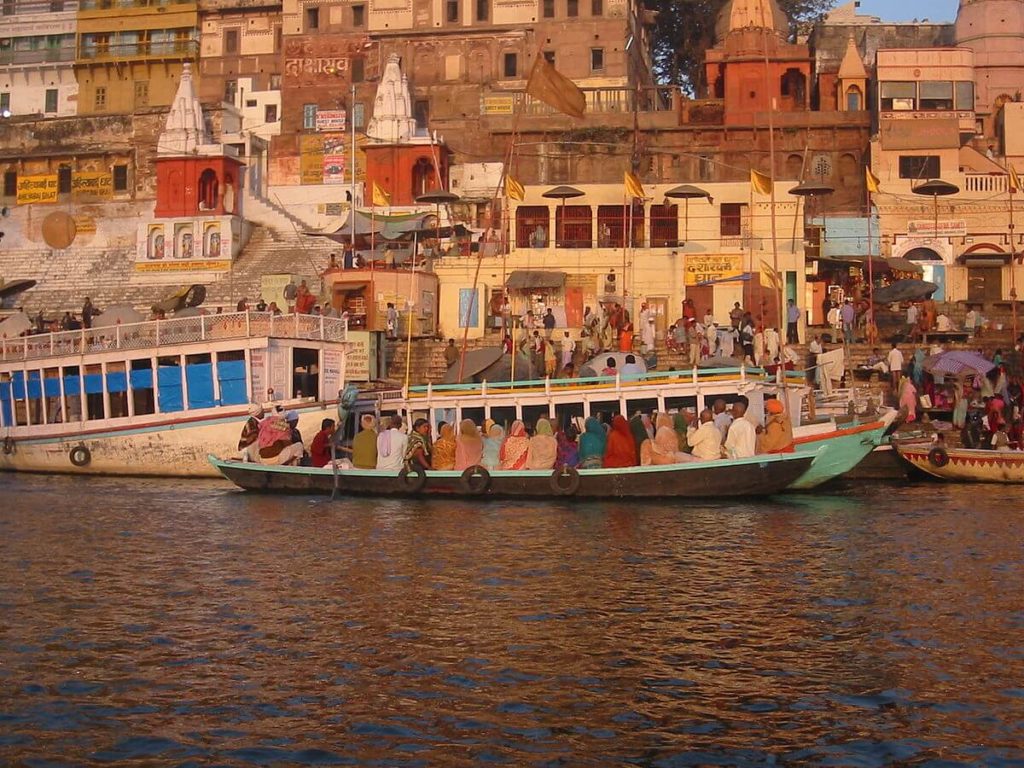 Dhamek Stupa is the place where Lord Buddha preached the first sermon to five of his disciples after he attained Enlightenment in Bodhgaya. This structure is made of red bricks and stone and is frequented by tourists across the world who circumambulate the monument and worship Lord Buddha. This place holds immense significance for followers of Buddhism letting them soak in the values the religion propagates. 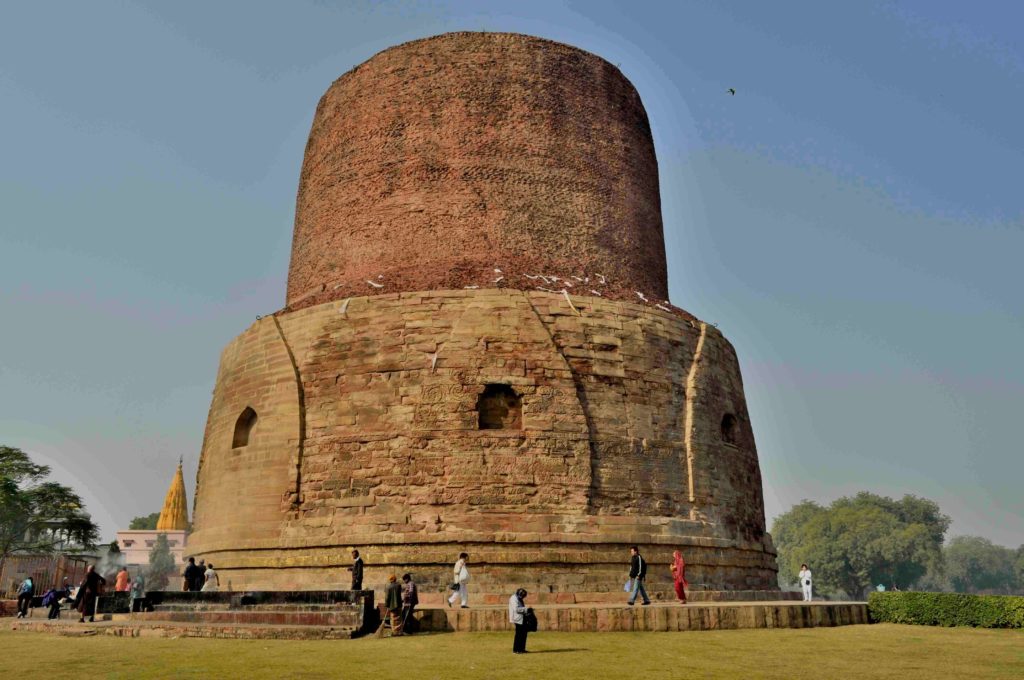 4. Live your “Masaan” moment at the Manikarnika Ghat

In Hinduism, Manikarnika Ghat is the most auspicious place for a human to be cremated. The outcasts as per the traditional caste system, known as “doms” are entrusted with handling the dead bodies here. Corpses are carried in a bamboo stretcher from the alleyways to the Ganges ghat and are doused in the river before they are burned. You can watch burning pyres from the upper floor of a nearby building, but photography is strictly prohibited as a mark of respect for the departed. 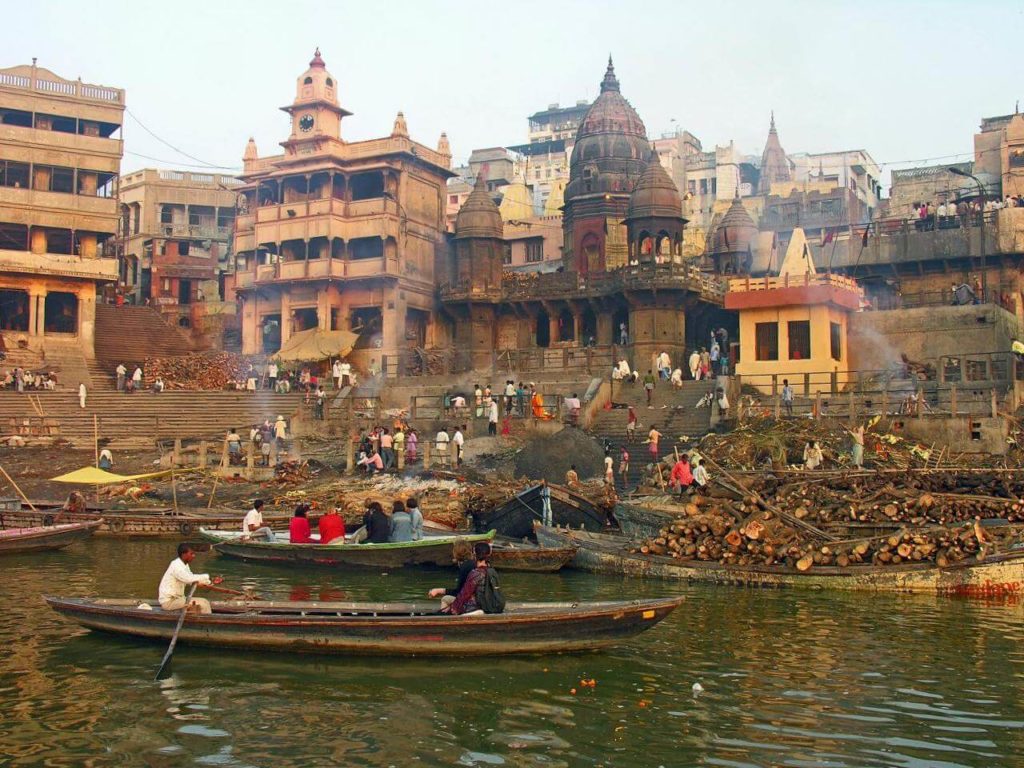 5. Marvel the sunset at the Ramnagar Fort

This one fort is not usually on the itineraries of the “busy” tourists, but if you are a traveler, you can’t miss watching the sunset from this now in ruins, erstwhile magnificent fort. It has a unique museum in its premises as well, with vintage cars, sedan chairs, some crazy weapons, and an awe-inspiring astronomical clock. Every year, a famous Ram Lila happens here, just behind the fort where the Maharaja of Benaras takes part as well. 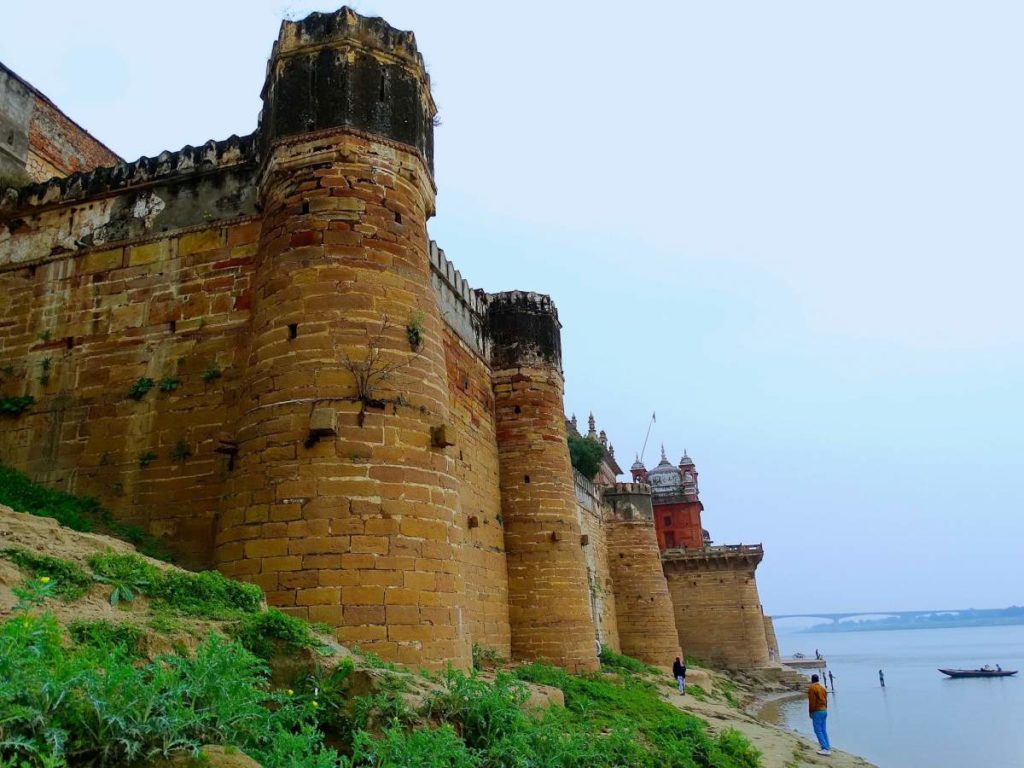 6. Establish contact with your inner peace at Chaukhandi Stupa

The Chaukhandi Stupa was built to commemorate the site where Lord Buddha met the five ascetics, to whom he preached his first teachings. It is believed that the Chaukhandi Stupa came into existence during the Gupta period, between the 4th and 6th centuries. The structure stands as an earthen mound covered with a brick edifice and topped by an octagonal tower. This place holds great significance for those who follow Buddhism and evokes a heightened sense of emotions for the visitors. 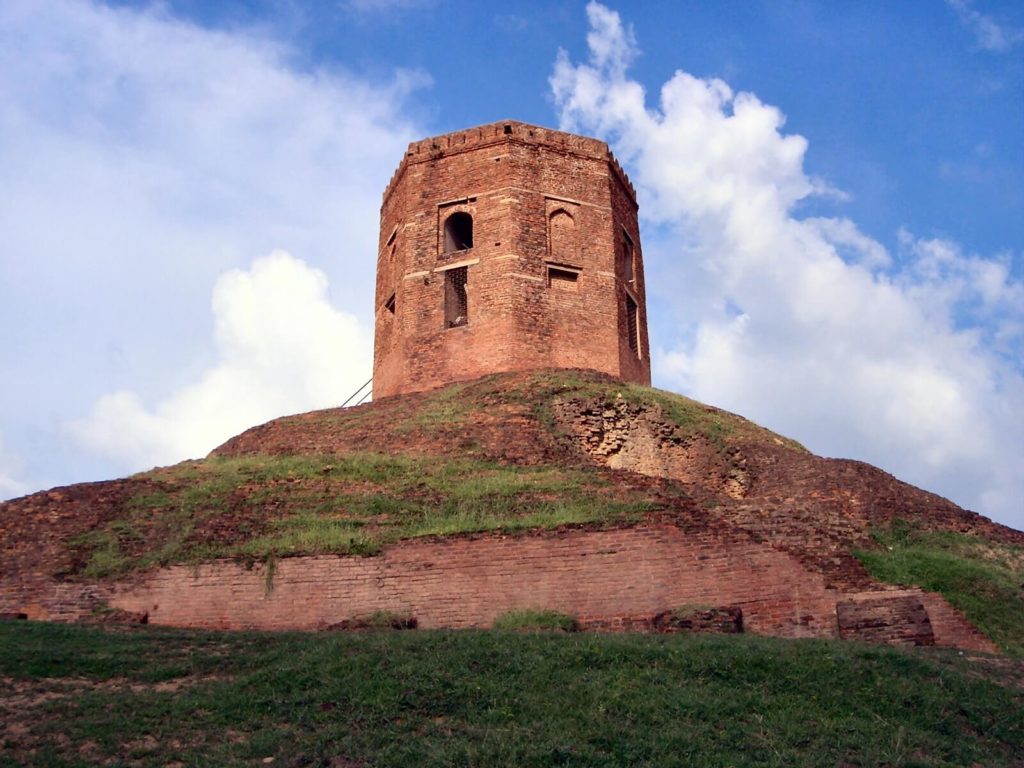 The museum features some rare artifacts excavated from the site of Lord Buddha’s first sermon. The museum is designed on the lines of Sangharam or vihar with the central hall as the front chapel, verandah occurring as the front cells, and galleries constructed as monastic cells. The museum with its extremely important place in the annals of Buddhist literature and a totally enchanting aura should be a must visit for anyone planning a trip to Varanasi.

8. Seek the blessings of Lord Hanuman at the Sankat Mochan Temple

One striking feature of this ancient temple which makes it unique is that it has idols of Lord Rama and Hanuman facing each other. It is believed that the temple stands at the very spot where Tulsidas, the creator of Ramcharitamanas first had a vision of Hanuman. Outside the temple, you can buy delicious desi ghee laddus which are offered as “prashad” in the temple. With a large number of monkeys also hovering in around the premises of this holy destination, the Sankat Mochan temple is often called the Monkey Temple as well. In Hinduism, that consider monkeys as a divine symbolism for Lord Hanuman, these sightings make the temple even more special for the devotees. 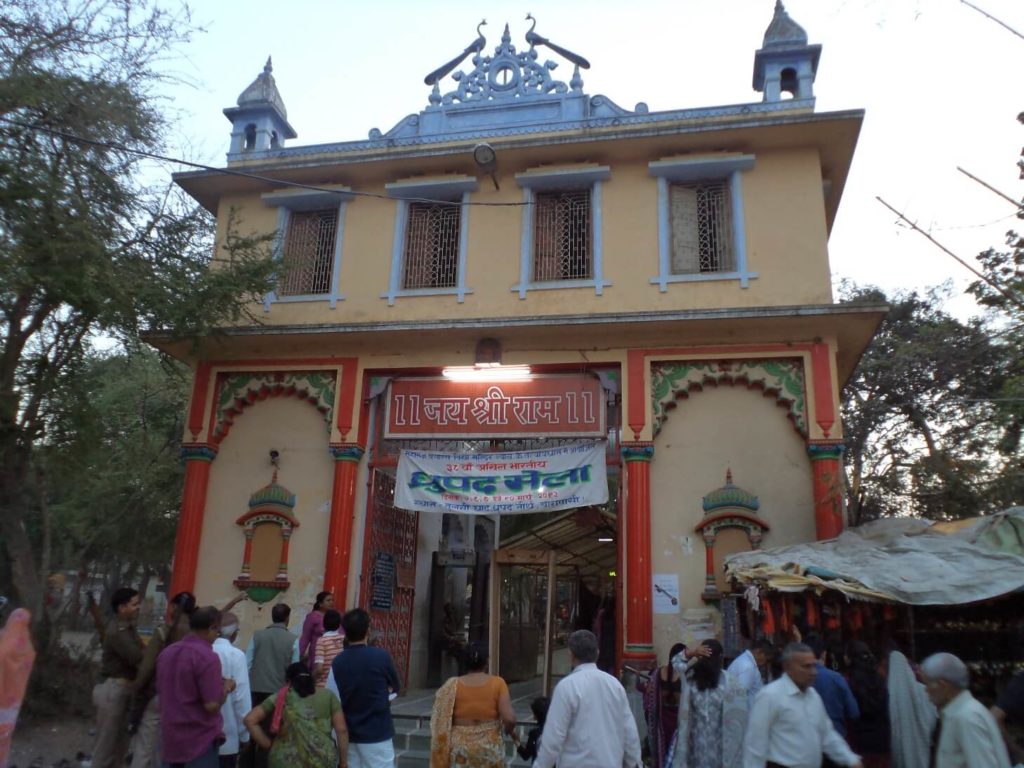 Assi Ghat is where the River Assi meets the Ganges. There is also a Shivling near the Ghat which is worshipped by Lord Shiva devotees. The evenings are filled with numerous hawkers and entertainers and in the mornings, there is the killer combination of sunrise, yoga, and music. Taking a dip at the Assi Ghat will help you get punya of all the Tirthas, as is described in the Kashi Ghat. Capture the spirit of Varanasi at this innately beautiful Ghat in the southern part of the city, observe the culture of the place, soak in the city’s spirit and fold your hands to rever the majestic Ganges. 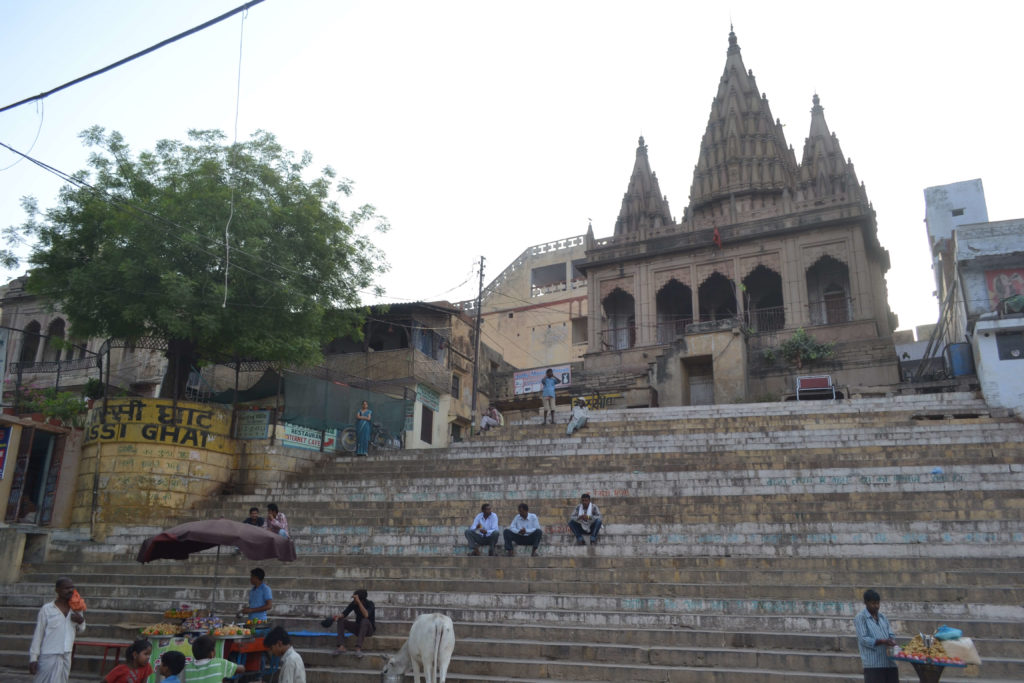