Given the amount of time and meticulous planning, HBO takes to produce Game of Thrones, it is hard to believe that it was just a blooper. An unforgivable mistake by the production team. 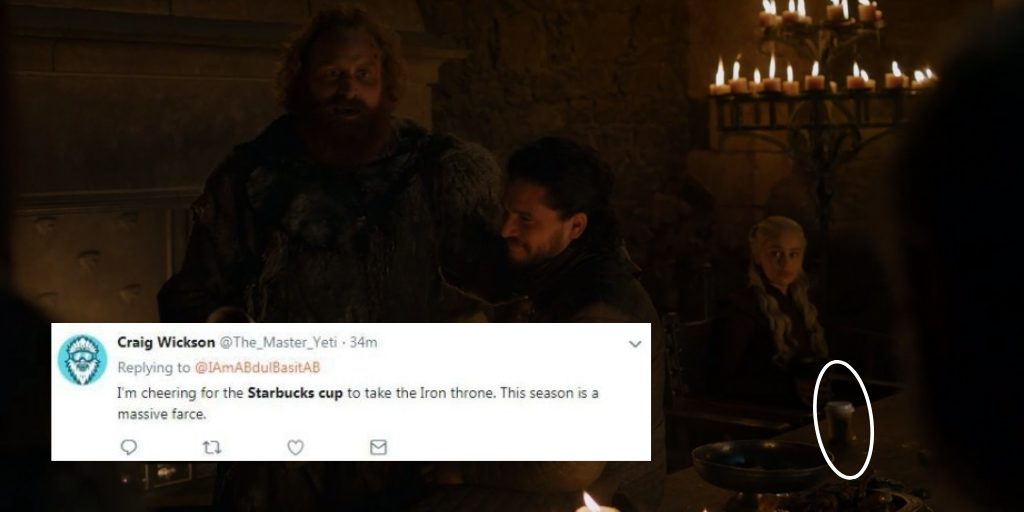 Aside from having a gripping storyline and spectacular performances, Game of Thrones is popular for its meticulously executed visual effects. Everything looks real and out of the world at the same time. But in the fourth episode of Game of Thrones’ eighth and final season, it seems makers have done a massive blooper.

In the 14th minute of the episode, the mother of dragons was apparently enjoying a cuppa from Starbucks. Amid all the things getting serious, as Mother of Dragons gazed at Jon Snow, something odd and plasticky appeared in the scene – a Starbucks cup.

Probably this was the reason that Danny was looking too sour – A FREAKIN CUP OF COFFEE.

After slaying the Night King in the last week’s episode, the warriors were hanging around in the scene.

Given the amount of time and meticulous planning, HBO takes to produce Game of Thrones, it is hard to believe that it was just a blooper. An unforgivable mistake by the production team.

They really took 2 years to make 6 episodes and left a Starbucks cup in a scene #GameofThrones pic.twitter.com/90Li696AmM

However, some GoT fans are also speculating that it is just a cheap marketing gimmick which shouldn’t have happened.

These marketing techniques are getting out of hand.

People are losing their shit over this: 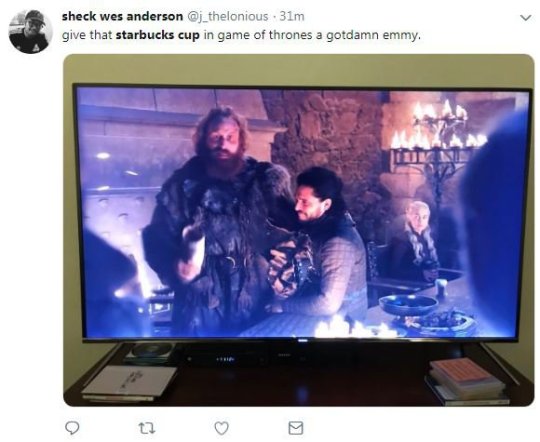 Whatever may be the reason, the presence of Starbucks coffee raises a few serious questions.

Is double-shot latte the secret to capturing the Iron Throne?

Showrunners DB Weiss and David Benioff thought to include a light-hearted scene in an otherwise soul-killing drama?

Tell us in comments, what you think.