The ‘Bhai’ of Bollywood is unapologetic, flamboyant, charismatic and good with friends, worse with foes, as the industry insiders say about him.

His next movie, Tube Light, which is an adaptation of a Hollywood movie named ‘Little Boy’, will release tomorrow, 23rd June 2017. As always, Salman Khan fans are eagerly waiting for the movie which is centered around 1962 Indo-China war.

Salman has a long list of both fawning admirers and detractors who hate him for what they construe as his indifference and arrogance. But one thing that is almost agreed by all is that the handsome actor who initiated the trend of a beefed up physique in Bollywood and has given body toning tips to many actors is debonair and has an idiosyncratic style and verve of his own.

He has the ability to single-handedly pull crowds to the theaters. Anecdotes and tales abound of both his generosity and his brash, rude behavior. Some say he is a graceful man, others see him as a hot-headed rich actor who has a highly inflated ego and always wants things his way, like a spoilt brat.

But one thing is certain: Salman Khan certainly doesn’t care what all is the perception of him, and he never shies from controversies. Throughout his career that spans over 28 years, the 51-year-old actor has witnessed many twists, turns, reversals and has been embroiled in two criminal cases also – one was shooting an endangered Chinkara deer in Jodhpur, and another was a hit-and-run case, in which he was charged with culpable homicide.

He has spent time behind the bars too. But now he has been acquitted in both the cases. There are actors and singers in the film industry who call him their mentor. Singer Himesh Reshammiya credits him for giving him a chance to sing when he was a nobody. He played a leading role in launching Katrina Kaif and Zarine Khan too. Salman has a hobby of painting too and has auctioned his paintings for charity.

Salman’s personal life has been equally colourful and interesting. When will the ‘Bhai’ of Bollywood tie the nuptial knot, has been the favorite topic of juicy gossip magazines and tabloids. Speculations were rife a few years ago that he is going to marry a Romanian TV actress. But they turned out to be just rumours. Salman Khan has been in romantic relationships with a bevy of beauties in Bollywood and he is amongst the most desirable men in India. Aishwarya Rai and Katrina Kaif are two prominent Indian actresses with whom he had affairs. His split and an eventual altercation with Aishwarya Rai and his threatening Vivek Oberoi became a sensational news that interested the entire country.

In 2004, the People’s magazine declared him the most handsome man in Asia and seventh most good looking in the world. 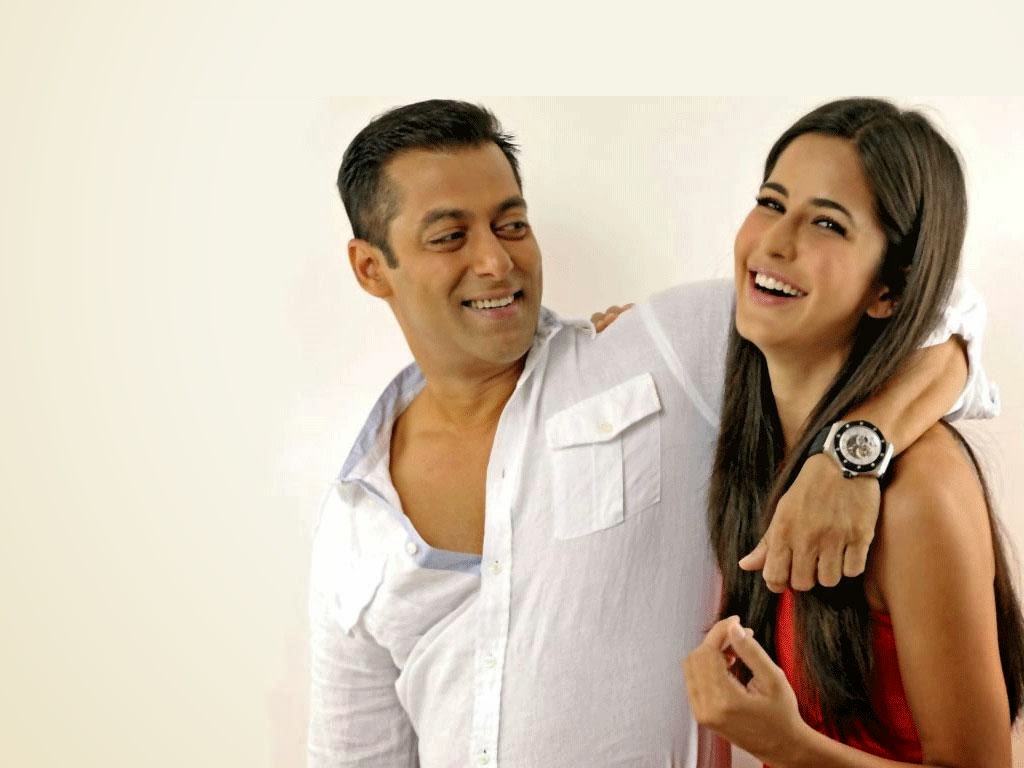 His brawny physique and intense dialogue delivery, make him a unique actor in the genre of action movies. But Salman has played all roles, be it romantic, drama, a fun-loving college boy, a depressed, jilted lover, or a medieval era warrior and chivalrous knight.

Salman’s first role on silver screen was in 1988 movie ‘Biwi ho to Aisi’. However, his first lead role was in the 1989 blockbuster hit ‘ Maine Pyaar Kiya ‘. Since then he has done numerous movies. It was the 1998 movie ‘ Pyaar Kiya to Darna Kya ‘, in which he took off his shirt and showed his chiseled body to the audience. He started the trend of an actor with a muscular physique. He has given weight loss and bodybuilding tips to actor Arjun Kapoor also. A lot of present day actors refer to him as an inspiration for building a muscular physique. The fashion of torn jeans was also started by Salman in bollywood.

His long-mid cut hairstyle became a rage when ‘Tere Naam’ was released. Everything about him becomes a style statement. He has done a lot of semi-comical roles too. In his 2015 movie, ‘Bajrangi Bhaijaan’, he was highly praised for his stupendous portrayal of a good-hearted simpleton who travels to Pakistan illegally to drop a little girl, who can not speak, to her home.

Salman Khan is surely amongst the few actors who have a distinct charm and the ability to fit in a gamut of roles, from hilarious to solemn.

From a viral joke to reality; Beer Yoga has arrived and is getting popular like a wildfire