The first ever Sikh superhero is here : Check out the film’s latest poster 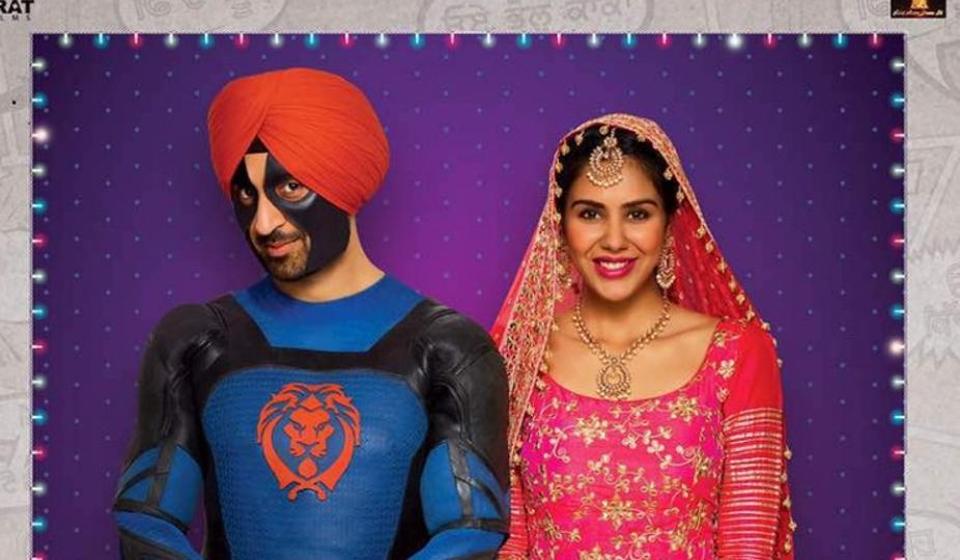 The first ever Sikh superhero is here and the internet has welcomed him with open arms. Diljit Dosanjh is creating waves in his portrayal of “Super Singh”. The film which is directed by Anurag Singh and co-stars Sonam Bajwa will release on June 16 this year. The film’s trailer has managed to attract an impressive 3 million views on YouTube within three days of its release. Its latest poster got unveiled just today. Here, have a look :

The love and appreciation is coming not just from the film-going janta but from the stalwarts of the Hindi film industry as well.  Stars cannot stop gushing about the witty one-liner and funny banter from the film’s protagonist and Punjab’s sweetheart, Diljit. The film’s much believable CGI sequences are earning it ample levels of adulation and curiosity.

Watching a Sikh superhero after getting a taste of Hollywood action flicks and our very own desi super-humans will be undoubtedly an excitement filled affair. Let’s see if the Sikh superhero can pocket in enough moolah at the box office. Meanwhile, you can enjoy the film’s trailer right here :