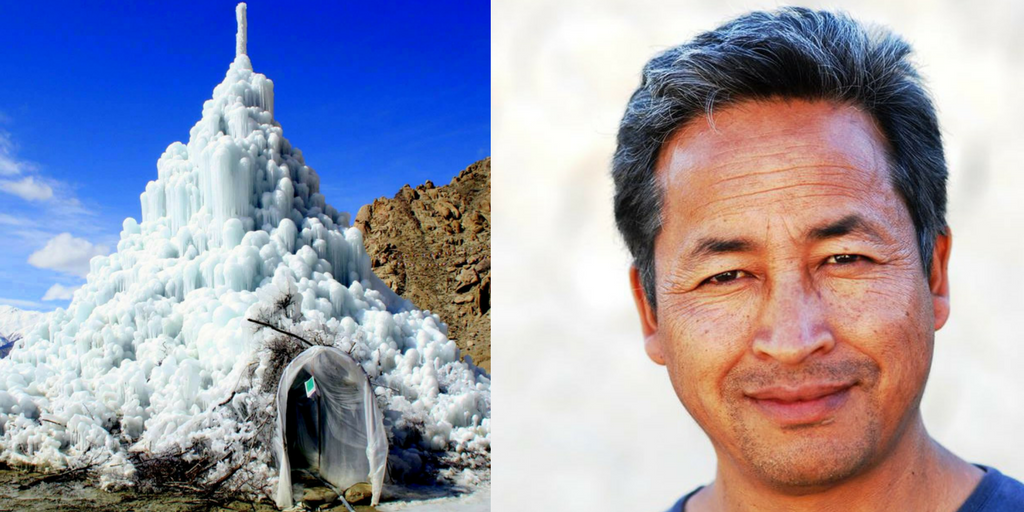 We all know the name of the ingenious and trailblazer innovator Phunsukh Wangdu from the famous Amir Khan movie 3 idiots, who also taught school kids in Ladakh.

But we have a real-life engineer, innovator, and school teacher in Ladakh whose name is Sonam Wangchuk. Sonam has reiterated clearly that he is not Phunsukh Wangdu and he won’t like to be compared to a fictional character.

Wangchuk is a multiple award-winning innovator who wants to revamp the educational sector of Ladakh. His focus is on school education in the local language so that kids don’t have to face any problems. He is the founding director of Students Educational and Cultural Movement of Ladakh.

A graduate from NIT Srinagar in mechanical engineering, Sonam always wanted to utilize his technical skills for the betterment of Ladakh. The World is overwhelmed with the picturesque natural beauty of Ladakh but many are unaware of the fact that this cold desert suffers from acute fresh water shortage during the summer season. His Ice Stupa, artificial glacier, for water conservation is a genius innovation to eliminate the scarcity of water in the highest terrain of India during summers.

Ice Stupa is a glacial grafting technique that is used for conserving water in the form of conical structures. During the summers the Stupa melts and provides water for irrigation. The ice cones are placed vertically upward and at the top receive fewer sun rays and hence melts down slowly as compared to natural horizontal glaciers. An average Stupa is about 30 meters high and can store up to 15,000 liters of water.

It is a simple method and needs no pumps or power supply, but just an upstream flow of water and a pipe.

Sonam Wangchuk was awarded Rolex Enterprise Award for Ice Stupa. He is popular as the real life ‘Phungsuk Wangdu’; a character played by Amir Khan in 3 Idiots movie but the humble man is always down to Earth in his approach to change the world.

India needs more genius engineers, scientists, and innovators like Sonam who have a passion for innovation as well a very strong commitment towards the local people.