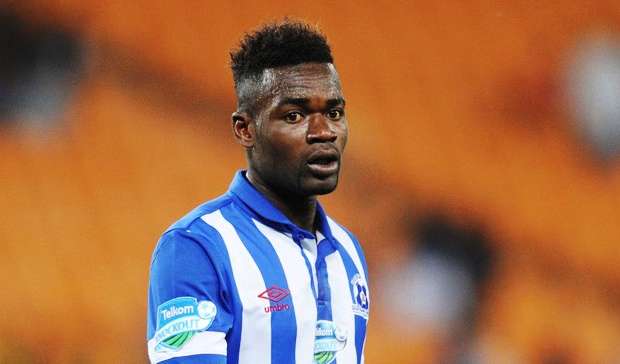 Ghanaian Soccer player Mohammed Anas made un unforgivable blooper on live TV. While giving an interview to the journalist after being made ‘man of the match’, the South Africa’s Free State Stars player’s tongue slipped to monumental proportions. Football payer thanked his girlfriend along with his wife in the same line of thanks speech.

“Firstly I appreciate my fans,and my wife and my girlfriend.”

After making the blooper, the soccer was seen apologizing repeatedly and expressing his love for his wife in the viral video.

VIDEO: Mohammed Anas just gave the greatest MoTM speech of all time, thanking both wife and girlfriend. (Via @clydegoal) pic.twitter.com/gXJ4ZwOtdg

Muhammad Anas should have just thanked God like the rest of the other footballers. pic.twitter.com/n3Z5ypiER0

These NASA Designed Grippers Can Hold Heavy Rocks In Microgravity