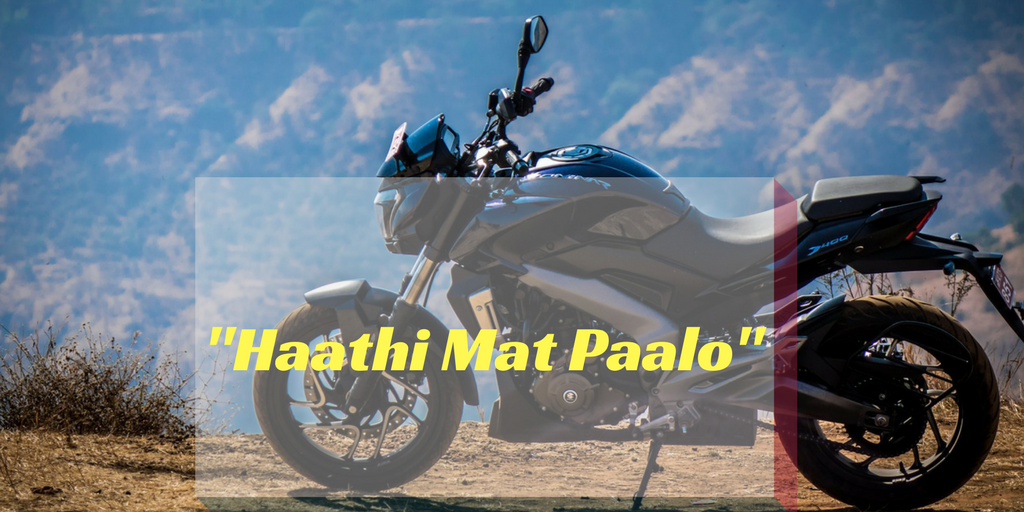 Loyal Royal Enfield fans can’t stand a word against their bikes. They keep their bikes like a baby and the love only grows with time. Many bikes have come and go but nobody has ever been able to become a real challenger to the incredible range of Royal Enfield bikes. Be it its solid road presence or remarkable exhaust notes; RE doesn’t have a real competitor in its segment.

But it seems, the game is set to change as Bajaj has upped the anti in mid-range bike segment. With its already fruitful tie up with KTM and now the deal with Triumph Motorcycles, it is clear now that Bajaj is gearing up to give a tough competition to Royal Enfield.

In the recent promotional video of its newly launched Dominar 400, Bajaj has ‘royally’ trolled Royal Enfield motorcycles. The video has indirectly tried to highlight the high maintenance costs and tough maneuverability of RE bikes. The advert ends with a cheeky suggestion ‘haathi mat paalo’ (don’t pet an elephant).

Quench your inner wanderlust with this new book by lonely planet