Prasoon Joshi does a Pahlaj Nihalani; loud moans and ‘bitch’ deleted from Simran 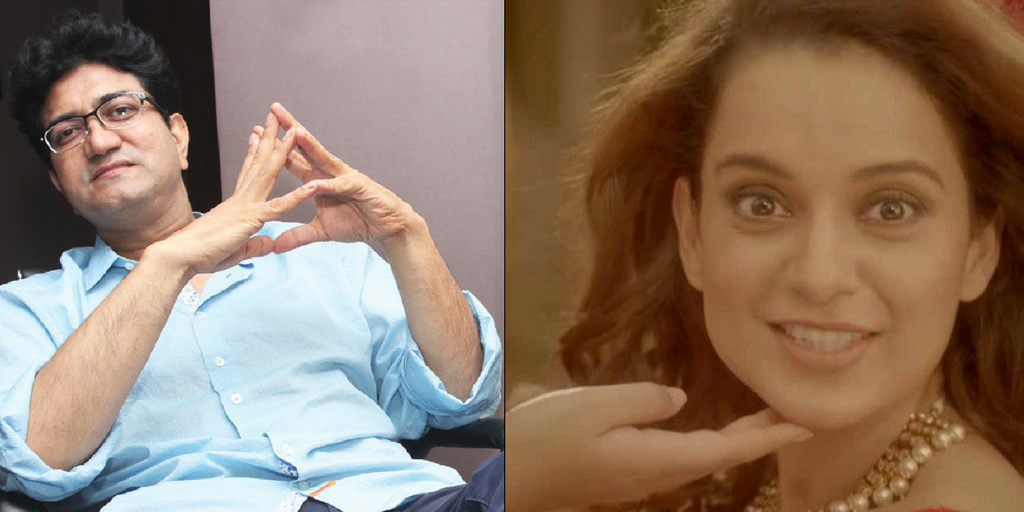 Once again, the Central Board of Film Certification does not leave behind the Bollywood movies from getting cut. This time, Kangana Ranaut’s Simran is the latest victim of CBFC.

The movie has reportedly undergone 10 cuts as recommended by the board. Even the word ‘bitch’ has been omitted in six places. A source from the movie said that Derogating women by gesture or language will never be permissible under any guideline, be it Pahlaj or Prasoon.

Moreover, one more unbelievable change was the order to reduce the characters’ loud moans during sex. According to the sources, the sound effect made the sex scene look far more provocative than it actually was so it was asked to be toned down. Even the sound effects of a slap in a scene have been asked to tone down.

In August, Pahalaj Nihalani was removed from the post and it was expected that lyricist and adman Prasoon Joshi will bring a fresh change to the functioning of the board. The movie Simran is a story of a Gujarati woman with a gambling problem and wants more freedom than she already has. The film is about the pursuit of happiness.

Simran Movie Review: Some People Succeed In Bluffing The Biggest Bluff That Is Life