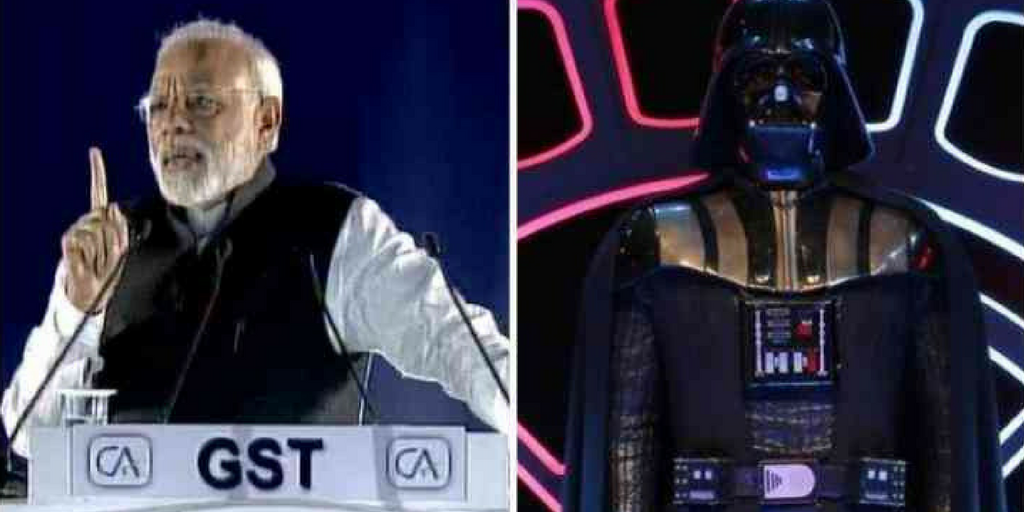 PM was addressing the CA community at the annual celebrations and as he concluded the speech, Darth Vader’s theme song started playing in the background as Mr. Modi waved to the audience. This has left the nation wondering about PM’s fascination for the Star Wars. In 2014 also, Star Wars reference was made during his official visit to the USA.

*Narendra Modi leaves the stage with the ominous theme music of Darth Vader. *

Obi wan : I felt a great disturbance in the force.#GST