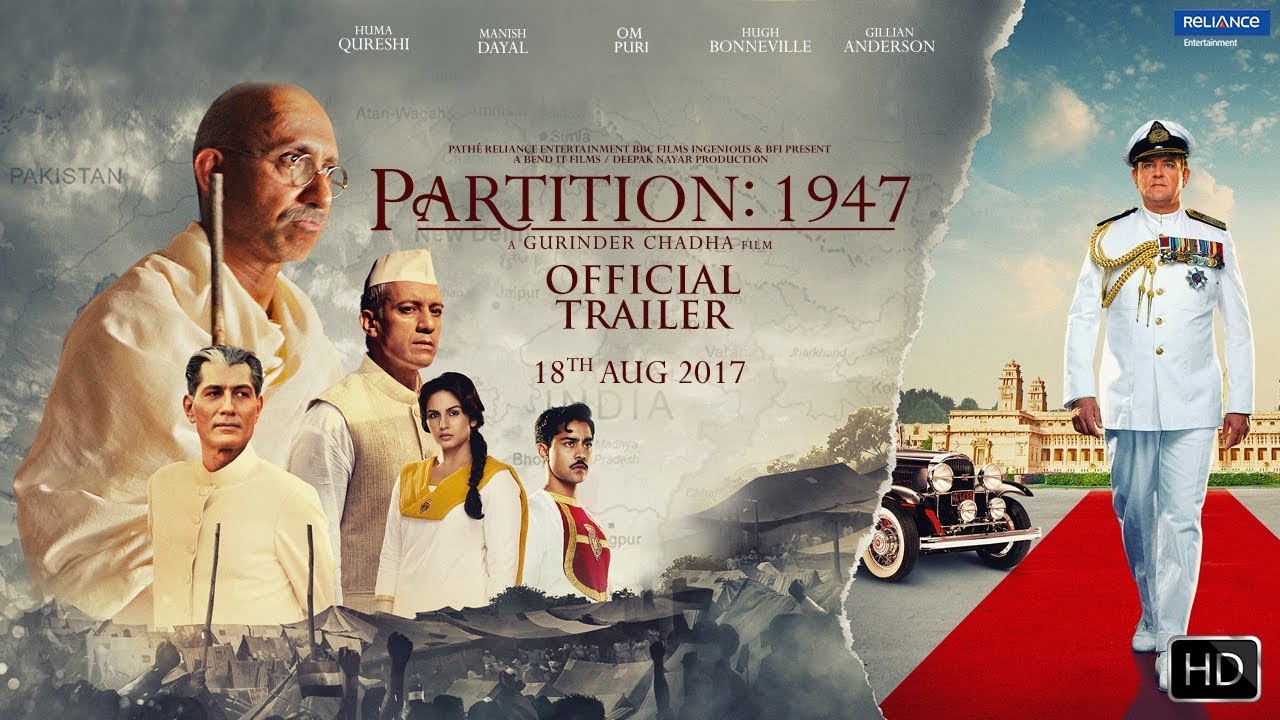 The trailer of Partition: 1947 is gripping and intense. The movie will release in English with the name ‘Viceroy’s House’ and in Hindi as ‘Partition:1947’. The movie is directed by British filmmaker Gurinder Chadha, who has previously directed popular movies ‘Bend it like Beckham’, and ‘Pride and Prejudice’.

Partition: 1947 is a period film based on the backdrop of the most complex and tragic chapters in Indian history – the partition of India along religious lines and the massive displacements, violence, killings and communal riots in the immediate aftermath of independence from two centuries of colonial rule.

The trailer starts with Lord Louis Mountbatten, the last British viceroy, arriving in India just months before August 1947. Unlike other viceroys before him, Mountbatten’s task was a peaceful transfer of power from Britain to the Indians and gradually preparing a plan for a British withdrawal from the subcontinent. The trailer also shows the heated disagreements and spats between Nehru/ Gandhi and Jinnah, the widening rift between the two largest religious communities and the dilemma of those who fiercely opposed partition but had no option but to chose between either India or Pakistan.

The movie focuses on the most turbulent and chaotic episode of Indian history, with which the creation of Pakistan is inextricably linked.

Watch: Pahlaj Nihalani cornered by a reporter in an elevator over Jab Harry Met Sejal Challenge