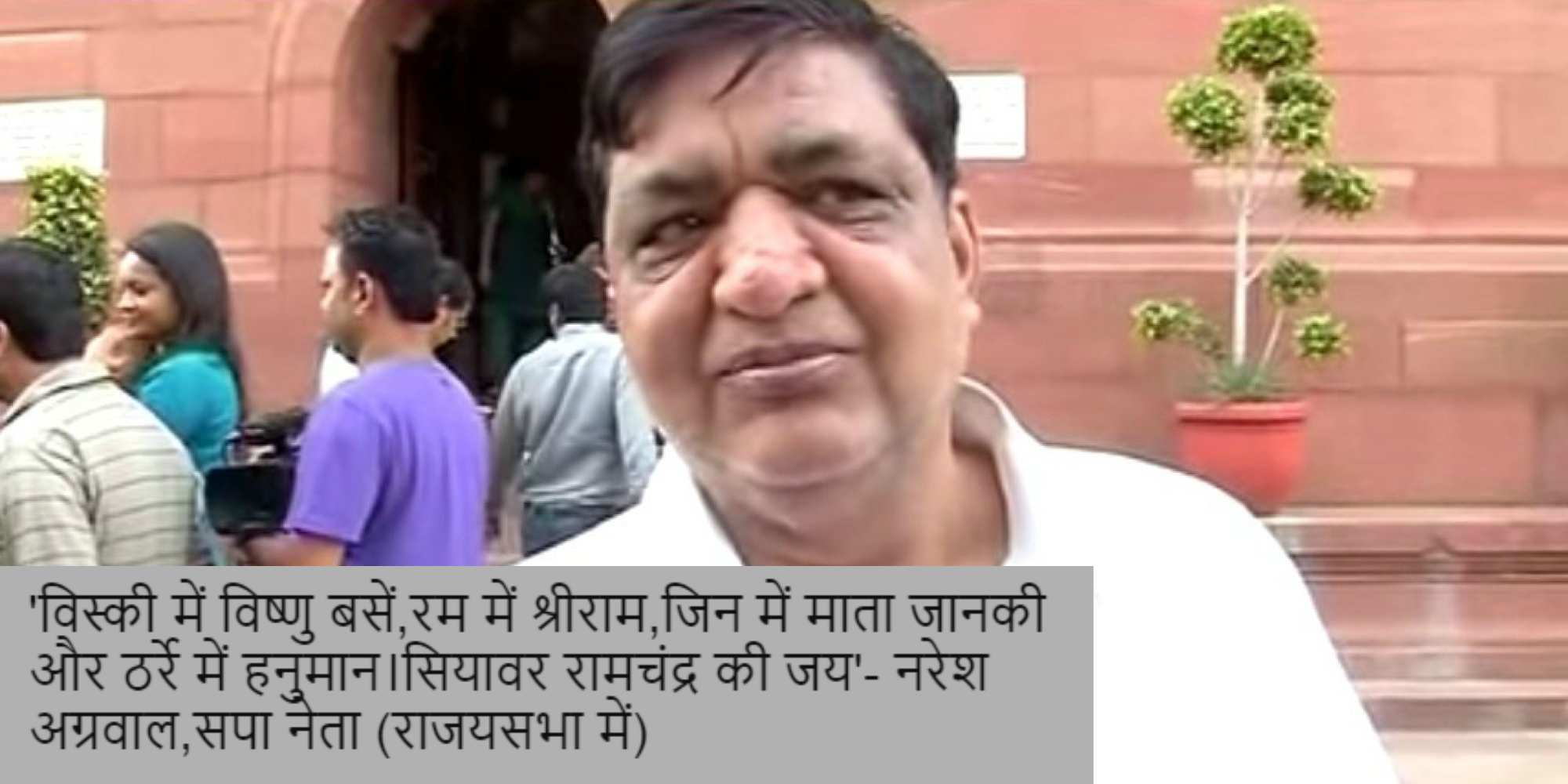 Controversies and Samajwadi Party leader Naresh Agarwal go hand in hand. He became the center of uproar after making controversial remarks that equated Hindu gods and goddesses with alcohol. The comments were made in Rajya Sabha in midst of a debate about lynching in name of cow protection. Members from BJP and NDA were quick to enter the Well shouting slogans of protest, demanding an apology from the SP leader.

Finance Ministry Arun Jaitley too demanded an apology from him saying, Agarwal would have been liable for prosecution if he had made these comments outside the House. His remarks were deemed offensive towards the religious sentiments of a particular community. Deputy Chairman of Rajya Sabha ordered that the comments be expunged from the records of the House.

Amid stalling of the session, Naresh Agarwal was forced to withdraw his comments. He later said that his regretted his words and apologized for the hurtful words. Earlier in the day, the issue of lynchings for the sake of cow protection was discussed in the House. Opposition parties protested in the Well of the House when the ruling government said that the existing laws had the provisions to deal with such cases and there was no need to bring in additional legislation.

Here is another reason for women to start running ‘now’