Motoball: it is football played on motorcycles with infinity level insanity 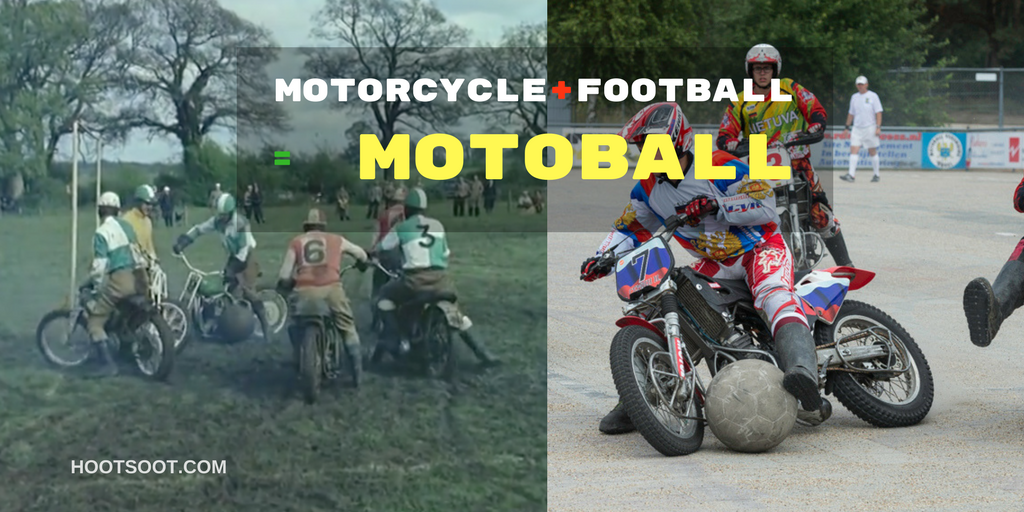 If you think that you are equally passionate about motorcycles and football then, there is a game for you and it is pretty popular in central and Eastern Europe. It is called MOTOBALL.

It is similar to playing football but on motorcycles, with a bigger ball and helmets on heads of the players. Earlier known as Motorcycle Polo, the sport was first officially organized in the mid-1930s and since then, it has managed to maintain its niche set of fans till date. The sport was included in inaugural Goodwill Games and many competitions are still organized in France where national teams of many European countries take part in the tournament.

This unique game is fast, thrilling, physically challenging and takes an iron heart to play. Imagine a motorcycle approaching towards you at over 60 kilometers per hour. Yeah, the feeling is not good! Bikes get seriously damaged and sometimes, players also get seriously injured.

Format Of The Game

The game has become modern with times and is now played on concrete arena instead of a grass field.

The size of the ball is around 16 inch in diameter and weighs 1 kg approx.

Given the fast pace of the game, there are 2 referees in the game who are present in both halves of the playing arena. There are also 2 linesmen.

Each team has 10 players; 8 riders and 2 goalkeepers who play on their feet.

The game is played in an international football field sized concrete arena. During the game, only four riders and one goalkeeper are allowed in the arena from each team. In front of the goal post at each end, there is a green semi-circular penalty area of 2-meter diameter in which only goalkeeper and the referee is allowed to step in. The ball is allowed to kick, held next to the bike or headed but like in real football, players are not allowed to touch the ball by their hands to score a goal.

During the match, there are 4 sessions of 20 minutes each with 10 minutes break between every session. Due to the notorious nature of the game, motorbikes often get damaged. Hence, sessions breaks are used to fix the bikes quickly and make them battle ready.

But surprisingly, just like in other parts of the world, Motoball is almost unknown UK.

For anyone who is a biker and has always enjoyed to watch and play football, this is a game worth trying.