Meet the Muslim man who has created 101-feet Durga Idol 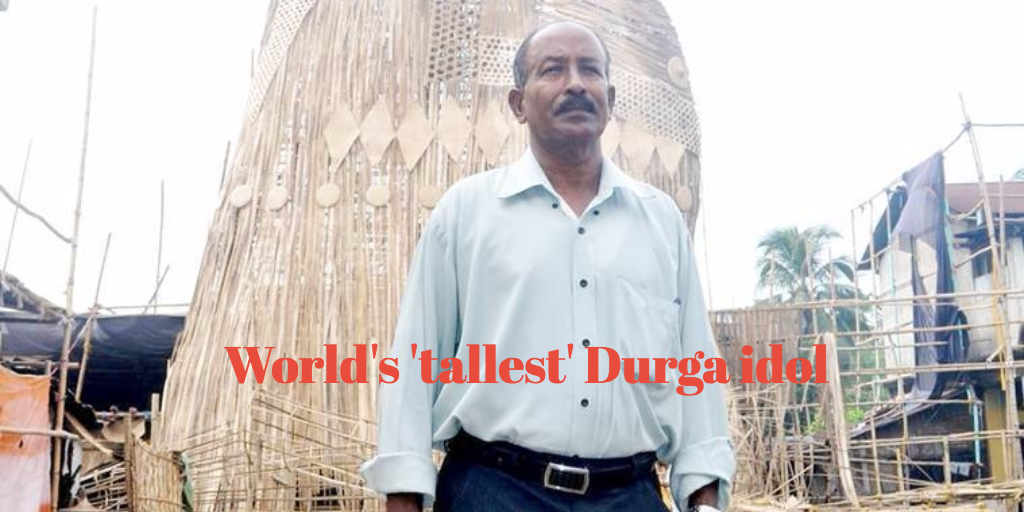 Keeping with the pluralistic ethos of Bengal and the secular festivity of Durga Puja, a 59-year-old Muslim artist made the world’s tallest statue of goddess Durga in Assam. The 101 feet idol is made of bamboo and Nuruddin Ahmed, the artist, hopes to get recognized by the Guinness book of world records.

He says “I have no issue over making idols, sculptures, and images of Hindu gods and goddesses. In fact, I have been making them since 1975, when I made my first Durga idol with clay, bamboo, and straw in North Lakhimpur, for the local puja committee there. Since then I have been making Durga images and idols every year except in 1991 when a major health problem kept me down,”

Over 5000 bamboos have been used by him in making the statute. And the statute is designed in the traditional Assamese style.

On being asked in the media as to why he makes Durga statutes despite being a Muslim, he replies that he hails from Assam which is a religiously tolerant place and a shining example of communal harmony.

Ahmed has a team of 40 artists, who belong to both the major religious communities, and he has been making Durga idols for over 40 years now.

Apart from being a sculptor, Ahmed, a dropout of JJ College of Arts in Mumbai is also a theatre actor and award-winning Assamese director, who has worked in about 100 Assamese language movies.

Mob assaults couple in UP over inter-religion marriage