“Men may have physical strength. But women are emotionally strong. All women should have faith in themselves and should always try to put their best foot forward.” 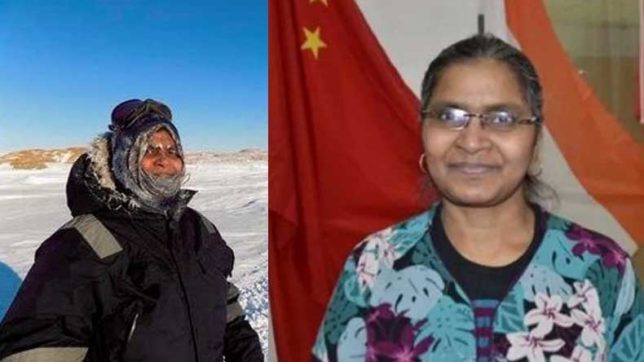 Have you ever imagined to spend over one year in a frozen land where mercury could drop to – 90-degree centigrade in winters? The idea of it is good enough to send shivers through our spine. But this is not the case with 56-year-old ISRO scientist Mangala Mani. The age at which majority of the people vouch for a comfortable job and lifestyle, she took up the challenge of spending over 403 days in Antarctica’s challenging conditions.

Mangala Mani, who never experienced snowfall in her entire life, was an integral part of the 23-member expedition which was stationed in Antarctica since November 2016 at India’s research station, Bharati. Mangala was the only woman in the all-men team of scientists.

As per an interview given to TOI, The first Indian woman scientist to work in Antarctica reiterated:

“The Antarctica mission was really a challenge. Climate there was very harsh. We were very careful while going out of our climate-controlled research station. One had to wear polar clothing. Even 2 or 3 hours out in severe cold was too much and one had to come back immediately for warm-up.”

Even Russian and Chinese stations didn’t have any women in their team.

She went through the rigorous procedure of mental and physical testing to get the fitness certificate for the assignment. As a part of the training, she was taken to an altitude of 9,000 and 10,000 feet in Auli and Badrinath respectively for ice acclimatization. She trekked for long durations with heavy bakpacks to test her endurance levels before leaving for Antarctica.

“The tests were meant not only to prepare our bodies to face the rigours of Antarctica but also meant to build a team spirit.”

Mangala and her team were stationed in the icy city to collect satellite data as India’s majority of the satellites are polar orbiting and one can see only two or three orbits from Hyderabad. While from Antarctica, all 14 orbits of satellites are visible. Heaps data was downloaded on regular basis at Bharati and was sent to Hyderabad center via the communication satellite link for processing and distribution to users.

A basin of peace and serenity: Gokarna