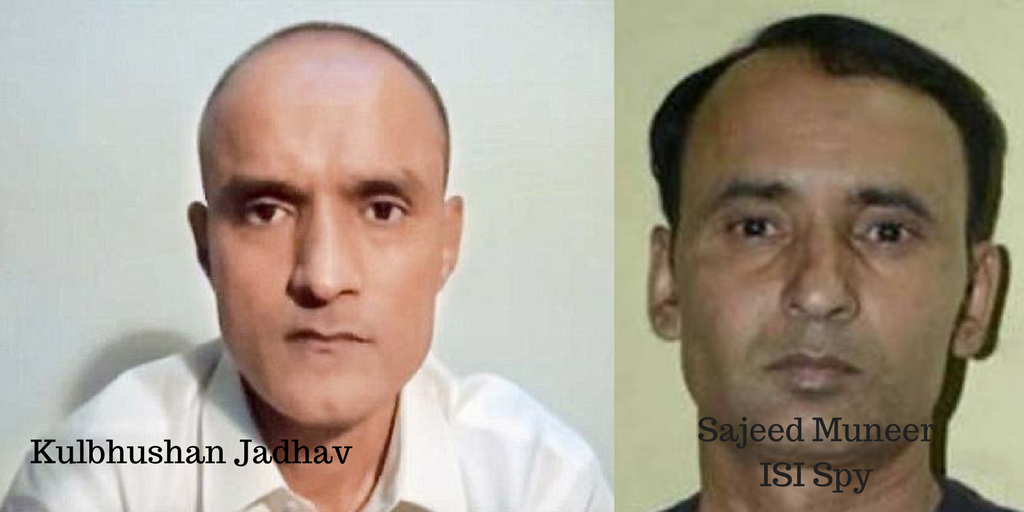 Pakistan ordering the hanging of alleged Indian spy, Kulbushan Jadhav, will further strain relations between the two countries. This decision deserves strongest condemnation from all nations.

There is no concrete evidence against Kulbushan Jadhav that he was working as an Indian spy and fuelling terrorism in Pakistan. With blatant disregard for evidence and all due judicial procedures, Pakistan used fabricated and trumped up evidence to pronounce him guilty of bring a R&AW agent.Even if, let’s assume, Kulbushan is a RAW agent, death sentence for him is outrageous. This would amount to a cold blooded manslaughter.  Espionage between nations is fairly common and spies are often swapped after secret negotiations and backchannel diplomacy.

This is in breach of all international conventions and the bilateral agreements signed between India and Pakistan regarding prisoner’s.
A civilian can not be tried in a military court and he has to be given consular access. India hanged the terrorist Ajmal Kasab, a Pakistani citizen, after a fair trail in the court of law. Kasab was provided a lawyer. He was also provided consular access, but Pakistan denied to help.

In the past we have heard about mistreatement and torture of Indians in Pakistani prisons accused to be spies. We have also received death bodies of our people or heard horrendous tales of torture by Pakistan. On the contrary, India treats Pakistan prisoner’s and those nabbed for spying fairly and as per international human rights standards.

Times of India did a story about Pakistani spy Sajeed Muneer who was sentenced for 12 years in prison for spying on Army bases in Bhopal. Sajeed was working for ISI. He was imprisoned in 2014, and even after his release Bhopal police is taking care of him and feeding him because Pakistan is not responding to extradition requests.

Saajed murdered a guy in Karachi and while on the run from cops, an ISI officer approached him and offered him a deal to save himself from police by working as a spy in India.

The contrast is more than glaring. A tale of two countries.