Kohli-Kumble fiasco: Kohli finally breaks his silence; “most important is to maintain the sanctity of the dressing-room” 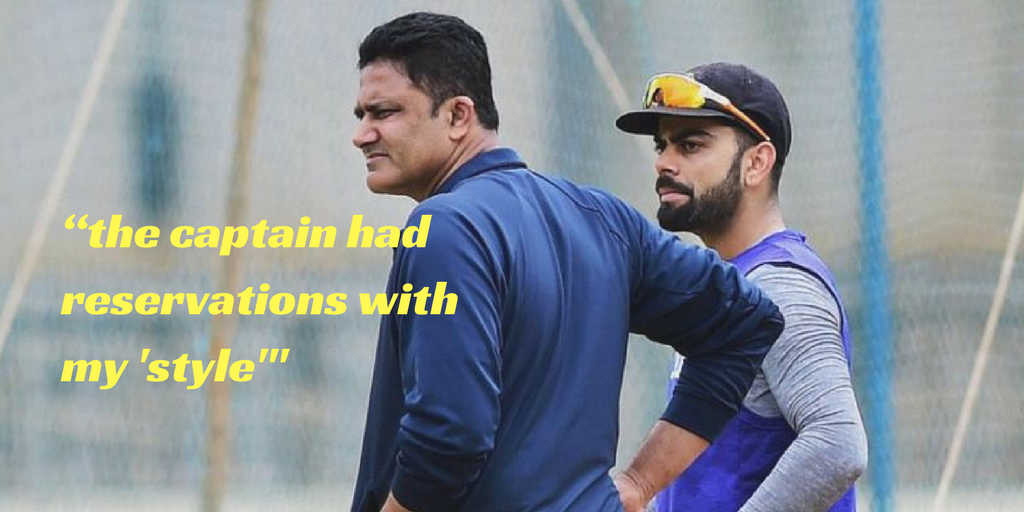 After the ugly exit of Anil Kumble as the head coach of Indian cricket team, many veterans, and cricket fans have been criticizing Virat Kohli for his ‘disrespectful’ behavior towards the legendary leg-spinner who is also a former captain of team India. Virat Kohli and Anil Kumble’s relationship reached a dead end just before the starting of ICC Champions Trophy. The situation snowballed so quickly that eventually, BCCI had to invite applications for the position of head coach as Kumble’s contract expired after Champions Trophy. Sehwag has also applied for the post of head coach.

Anil Kumble, a couple of days ago opened up about the whole issue and tweeted that “the captain had reservations with my ‘style’… In light of these ‘reservations’ I believe it is best I hand over this responsibility to whomever the CAC and BCCI deem fit.”

Having said that, it is inevitable that if there is a falling out between captain and coach, the captain will have his way.

After Kumble's humiliating exit, does India really need a big name as coach? Let Kohli be the supremo.

Throughout the whole fiasco, Virat Kohli has maintained a dignified silence and has now opened up in the presser ahead of the series opener in West Indies. He said, “Anil Bhai has taken the decision to step out and we will respect that decision”.

As per excerpts from the press conference reported by Indian Express, Virat Kohli continued “Obviously Anil Bhai has expressed his views and he’s taken the decision to step out and we will respect that decision. It’s something that has happened right after the tournament. One thing for sure is that I’ve had 11 press conferences that have happened during the Champions Trophy.

We have created a culture over the last 3-4 years that whatever happens in the change room, we’ve tried to maintain the sanctity of the change room throughout. That is what the whole team believes in. For us that is paramount. I’ve always respected that and we have continued to maintain that as well. As I said, it’s his opinion which I respect. I have total respect for him as a cricketer and what he’s achieved as a nation. All the years that he’s played. That’s no taking away that aspect of him at all. And we all respect him totally.”

When asked about how this incident will affect the approach of the team, Virat Kohli replied “Like I said for me what’s most important is to maintain the sanctity of the dressing room and what happens in the change-room is something that’s very sacred and private to all of us. And something that I would not express in details in a public scenario. As I said, his point of view is out there and we respect that decision.”

The veracity of the rift is such that Virat Kohli has even deleted the tweet which he posted almost a year ago to welcome Anil Kumble.