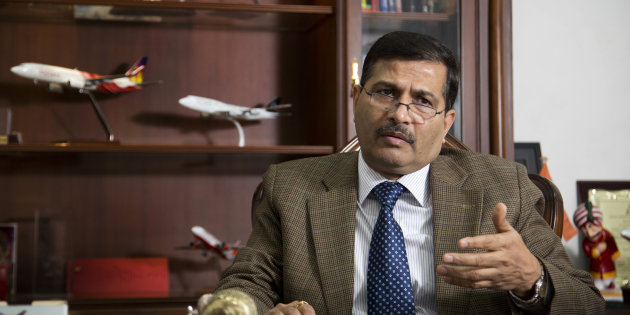 Inebriated by power, a section of political class flout laws with impunity and show high-handed arrogance. Their hubris is only matched by their uncouth behaviour.

Such an incident was Shiv Sena MP Ravindra Gaekwad abusing and beating Sukumar, a 60 year old Air India staff. The MP pulled the collar of the man and thrashed him with his chappals. He left him only after the other staff members pleaded to the MP. This clip went viral on social media and TV channels and led to severe outrage in the public.

Air India and the Federation of Indian Airlines (FIAR) – including Indigo, Jet, SpiceJet and GoAir – took a very brave decision and banned the unruly MP from future flights.

Air India Chairman and Managing Director, Ashwani Lohani, deserves applause for this. He is the man behind the instant execution of flight banning decision. Mr Lohani stood up for his employee and showed that for any organisation taking care of its employees is of utmost importance. He didn’t cow down under political pressure.

And this ain’t the first time that Mr Lohani took on an MP misusing his power and position. In 2015, a YSR Congress MP had slapped Tirupati Airport manager for refusing to let him board the plane when the boarding gate was closed. The MP was later arrested after a police complaint was lodged.

Mr Lohanis colleagues say he is an exemplary trendsetter, a modest down-to-earth man, and has unimpeachable work ethics and integrity. Despite being chairman of Air India, he hasn’t taken a single free ticket, and he and his family continue to travel by railways.

But for each honest and upright Mr Lohani, there are numerous others wedded to preserving status quo of privilege and quid-pro-quo. This is why the Ministry of Civil Aviation’s cancelled the flight ban on Ravindra Gaekwad and issued an order which compelled Air India and other airlines also to revoke the ban.